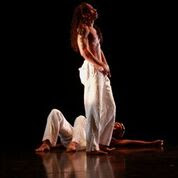 I woke up one day, for the first time with no doubt in my mind
& that scared me the most. I knew what my grandfather said
about that man with the plum sweet walk, about that girl
with the shoulders and no hair. I knew that boy Michael
from round the corner didn’t get along with his daddy,
what sins blackened his eyes those summer days,
I knew all the holy water, black like mine fist & flesh
thirsty fire that wanted to wipe me clean or clean
off the face of this earth. I knew where I belonged
but wasn’t wanted. I knew about my home’s
not so secret teeth. So I ran from my black sun
for lily white snow skinned people who let me
know everyday the color of my one and only skin,
who cared less of the rainbow dancing in my sweat
but the way my body looks caught in its own shadow. 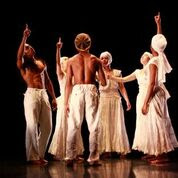 Rarely does a dance performance integrate so many varied production values in such a seamless and intense manner. ‘FACING HOME love & redemption’ takes on the issue of homophobia in Jamaica, utilizing spoken word, news broadcasts, Bob Marley’s music, and an amazing array of dance styles all rendered with an amazing intensity. Moving through thirteen separate segments, a company of twelve dancers render each section with such fluidity and power that the overall program becomes a spectacular and moving piece of dance theatre mixing medium and message in an entertaining and thought provoking way. 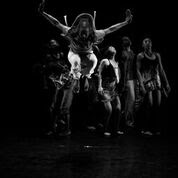 The primary discourse, around liberation and interrogation, is so strikingly integrated that there are countless moments of pure gorgeous dance that are, paradoxically, never far from the central narrative that both laments the oppression of sexual liberation and celebrates the joy and power it can bring once it is set free from oppressive forces. 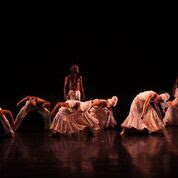 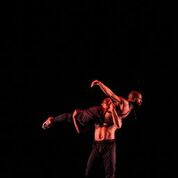 No Woman No Cry includes young women (Tereka Tyler Davis, Elina Valtonen and/or Gabriella Parson) taking part in powerful moments of separation and union. Bodies explore the playing space in an intriguing relationship that brings them together in a strong tentative manner, at times a kind of loving entanglement of limbs and torsos - moving into shades of intimacy - at other times distant and free yet always lurking within the realm of desire and physical allure. 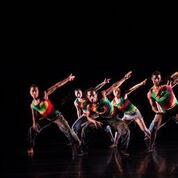 In My Shadow is a very moving and empowering solo performance by Pierre Clark where he embarks on vivid, challenging, and expressive movement evoking everything from archetypal feminized gestures that playfully mock the abject mockery of homophobia, to powerful fleeting tableaus – set in high relief against a double shadowed effect. Accompanied only by the sound of a voice in the audience reciting Danez Smiths’ powerful poem, And Now This, (beautifully performed by Chris Walker) the piece becomes a superb integration of voice and body as they commingle and create a haunting and empowered response to, and release from, the power of homophobic language and action. Clark’s brief physical characterization of the poems’ reference to “that man with the plum sweet walk” becomes a perfect expression of movement meeting narrative in a powerful incisive manner. All of the references in the poem reach out with an inter-textual grace and power toward the overall program, bringing the choreography of the entire program together in one powerful moment. 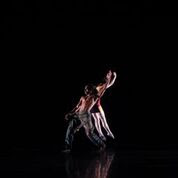 One, the final selection of the evening, unites all of the dancers in a joyful celebration of all that has come before, reprising the primary narrative strength of the program as solo and choral expertise both unites and separates. An ensemble of bodies and stories live individually and collectively and act as a force against an oppressive global thematic that speaks to victims of homophobia worldwide and hearkens back to the final lines of a pivotal poetic theme -

lily white snow skinned people who let me
know everyday the color of my one and only skin,
who cared less of the rainbow dancing in my sweat
but the way my body looks caught in its own shadow.

Set within the narrative framework of specific homophobic practice, these words, like the overall choreography of FACING HOME: love & redemption, render the specific universal, and act as a cry against homophobic injustice and the perceptions around the analysis and deconstruction of hate crimes and complex homophobic discourse that moves beyond regional boundaries. As the choreographers so eloquently state in their program note –

“FACING HOME” is meant to impact migrant populations, generate change and ignite the LGBTQ community, it’s supporters, and service workers everywhere it’s performed and beyond. We hope, with this work, to initiate an ongoing conversation with you and provide spaces for the LGBTQ narratives of displacement from home.

One Love!
Chris Walker and Kevin A. Ormsby 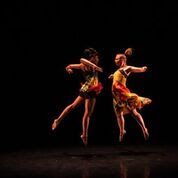