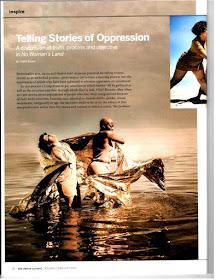 No Woman’s Land integrates responsive video design, original and verbatim text, live singing as well as original composition and sound design – taking audiences on a journey that reveals the plight and resistance of refugee women. The project has been developed in collaboration with the Institute for Research and Development on Inclusion and Society (IRIS) and is based on research conducted by Doris Rajan (IRIS) and Dr. Shahrzad Mojab (University of Toronto). All of the themes and stories in this work are based on true accounts, derived from interviews conducted with Syrian, Tamil and Somali refugees, among others.

The world is experiencing the biggest mass displacement of people since WWII; No Woman’s Land is a timely and urgent work that is viscerally impacted by the realities of refugees. Jaberi notes, “I wanted to create a work that highlights the brave women at the heart of these stories, which not only triggered my own memories of displacement and war, but reminded me of the incredible capacity for human resilience in the face of adversity.”

***
Jaberi Dance Theatre is a contemporary and inter-disciplinary performing arts company based in Toronto. Founded in 2017 by Iranian-Canadian Roshanak Jaberi, the company is committed to exploring socially and politically relevant content that highlights the stories and lived experiences of racialized women, while providing a platform for intercultural collaboration and exchange. JDT aspires to create thought-provoking and innovative performances to engage, inspire and mobilize audiences towards social change. https://www.jaberidt.com/

DanceWorks began as a collective of independent dance artists in 1977 and has grown to become Toronto's leading presenter of independent dance. DanceWorks offers seasons of eclectic, exhilarating choreography programmed to intrigue, challenge and enthrall. DanceWorks adds to the theatrical experience with Carol's Dance Notes and post-performance conversations with artists. http://www.danceworks.ca 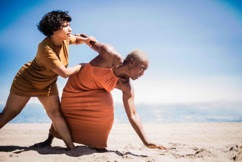 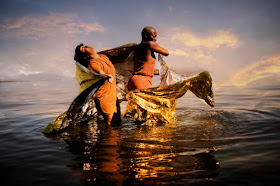 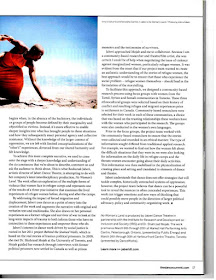 news stories for No Woman's Land;