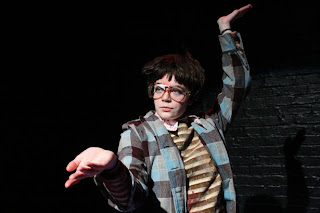 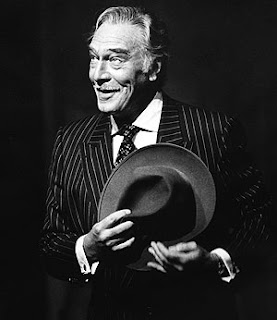 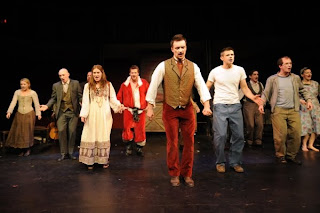 To have seen two solo performances in one week on consecutive nights is no small feat. Each coming in at just over an hour made the experience gratifying from this theatre minimalist’s point of view. I’ve always felt that if you have a lot to say then try to say it as quickly as possible, and for the love of scotch, please give me at least one intermission, or don’t go over an hour! Both Haley McGee and Christopher Plummer satisfy my bladder influenced spectatorial needs in an utterly fulfilling manner. One performer delights from the vantage point of an emerging, brilliant twenty-something renaissance artist, while the other joins the ranks of great geniuses able to captivate audiences during the eighth decade of a truly incredible career.

Plummer’s one man show depicting the final days of John Barrymore’s life was still in preview when I saw it, and if this was any indication of the highs he will reach during the Elgin Theatre five week run of a superbly tragicomic script, then it is a must see, a once in a lifetime chance to witness truly great solo performance. McGee’s show, Oh My Irma, ran in the always loveable Theatre Passe Muraille backspace, replete with portable backrests and a steep seating area akin to a seedy amphitheatre for classical porn flicks or Coliseum style blood baths - the perfect venue for this dizzying one woman journey through a surreal take on extreme trauma seen through the eyes of a very quizzical, disturbed, and impressionable young woman.

McGee’s dexterity as a writer and performer, combined with director Alisa Palmer’s unfailing ability to take the artist’s words and craft complementary movement into each narrative nuance and gesture, is a delight from start to finish. And yet the very idea of ‘delight’ in this particular script is heavily scarred by the terrible trauma that the performing subject is presenting before our very eyes. Near the end of this sixty-five minute tour de force I noticed one distressed young man clutching his face and eyes, something I reserve for films like The Black Swan, Carrie, or Friday the 13th. Oh My Irma is a perfect post modern pastiche of horror, performance art, beat poetry mimicry, clown work, unflinching bouffant facial expression, and sheer theatrical skill coming from a very promising young artist. Somewhat reminiscent of the work of Diane Flacks and Daniel MacIvor, McGee takes complete ownership over a complex character and a dense narrative, revealing the near schizophrenic proportions of a young life exposed to severe violence at the hands of a totally dysfunctional parental unit.

Unlike Barrymore, Oh My Irma refuses to follow a linear narrative and may confuse traditional sensibilities when it comes to plot credibility. But this is the strength and the beauty of an incredibly layered and poetic text that reads like an extended, post-modern prose performance poem come to life. Like Stephen Sondheim’s Assassins, recently presented at the Theatre Centre, McGee’s fragmented disjunctive story delves into the complexity of violence and self hatred and reveals reactions to these terrifying acts as supremely diverse, moving from hilarity through hysteria, murder, remorse, pleas for acceptance, and cries for help in one fell swoop.

The richness of Toronto theatre this past month has been impressive to say the least. Three shows, Assassins, Oh My Irma, and Barrymore all attest to the power of the stage is it transcends everyday life, giving us the mature, exuberant textures of Christopher Plummer as John Barrymore, the magnificently maudlin melodies of Sondheim, and the post adolescent roller coaster bravado of a wonderful newcomer who dares to alienate audiences and critics as she lays bare the darkest and most comical musings of a truly memorable character hell bent upon making us laugh and cry until we are barely able to tell the difference. 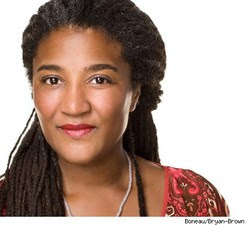 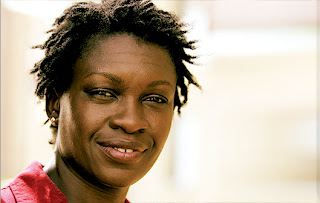 
The current Obsidian Theatre production, in association with Nightwood Theatre, of Lynn Nottage’s Pulitzer prize-winning drama Ruined is a powerful examination of war and misogyny in the Democratic Republic of Congo. Focusing on the lives of a group of women who have been sexually abused by soldiers, the script deals with fragments of their lives, as they attempt to cushion themselves from rampant violence by working in a brothel run by a woman who has taken it upon herself to create a very conflicted form of refuge for her comrades.

Yanna McIntosh as Mama Nadi leads the cast with a strong, idiosyncratic performance that never falters. She occupies the bar room of her ‘business’ with a mixture of playful agility and strong, aggressive ownership that establishes her as the primary force behind the salvation of women trapped by the indiscriminate and violent desire of wayward, brutalizing soldiers. Sabryn Rock, Sophia Walker, and Marci T. House, as the women working under Mama Nadi’s complex regime of self preservation and prostitution, deliver strong performances that hold the ensemble together with a variety of emotion and sharp characterization. However, the current production frequently falters under the weight of a cumbersome design concept and uneven direction that tends to narrow the intensity of the action and render it somewhat awkward.

The initial sight of a detailed naturalistic set presents the audience with a glimpse of the women’s daily lives in a private/public space of blighted relaxation and frequently intruded upon comfort. As the drama unfolds this environment becomes a complex trap that simultaneously houses their salvation and their imprisonment. The intense claustrophobic naturalism of the set works as an adequate playing area, yet tends to underscore the drama with too much material clutter, thereby restricting the action and intensity of emotion that permeates the text. A wall of noisy, beautiful, yet contrived beaded curtains, and a shallow outdoor entrance, unnecessarily encumber the ensemble’s physicality and the expansive metaphoric complexity of a nation at war with itself on a continent exploited by complex social and political elements. The plot might have been better served by a less furnished and more landscape-nuanced setting suggesting the vast beauty of a continent ravaged by global negligence and a struggle over ethnic rights and natural resources. The soldiers never attain the kind of aggressive violence in their movement needed in order to represent the actual import of their horrific crimes. Scenes near the end rely upon the emotional dexterity of McIntosh’s Mama Nadi and her paramour (Sterling Jarvis as Christian) in order to bring the play to a satisfying and emotionally charged conclusion.

Ultimately Ruined is an important and moving script that requires a complex, layered production in order to bring worldwide complicity in the plight of African nations to the forefront. The Obsidian Theatre production does an admirable job, yet frequently weakens under a barrage of anti-climactic physicality that might have highlighted the atrocities as metaphors to global greed, rather than rendering them awkward, physically strained, and falsely separate from a larger scheme that reveals third world strife as unwilling handmaiden to first world excess.