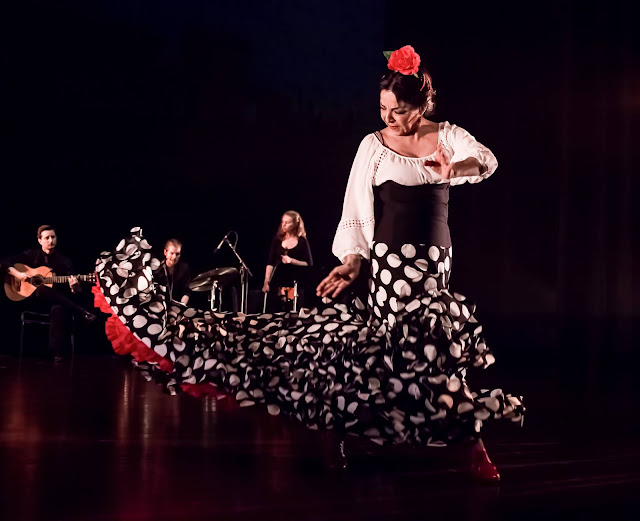 Esmeralda Enrique’s An Iconic Journey; A Celebration of 35 Years was a magnificent evening
that showcased the choreographic excellence and diversity of her vision for a company
that continues to embody a “perfect balance [between] tradition and classicism within a
contemporary aesthetic.” (program note)

An ensemble of all female dancers presented a variety of works from the past decade, including a segment from the 2009 production of Lorca (choreograhy by Juan Ogalla) as well as a world premiere of Que Es El Amor? (Buleria) - choreography by Ana Morales. All of the work held the signature power and relentless rhythmic drive that Enrique’s own choreography (Latidos - World Premeire) and the onstage musical accompaniment, embodies from start to finish.

Prolonged periods of casual concert-like musical interludes gave the program a necessary pacing that allowed the dance to linger long after the dancers had left the stage. Atmospheric vocals and passionate musical ensemble work gave the event the kind of wholistic, integrated, and skillfully brilliant environment one has come to expect from the company. 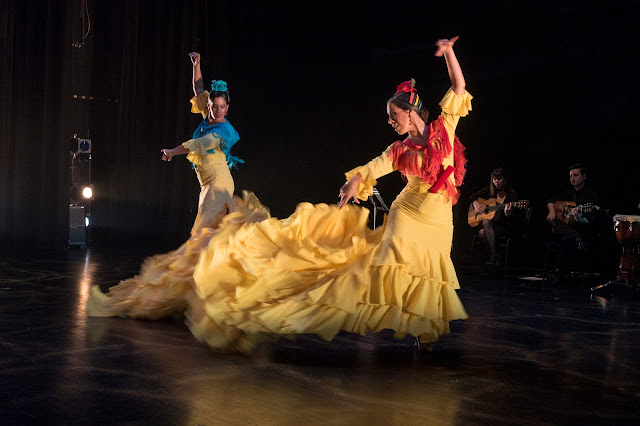 And upon their return, after lone musical bliss, the dancers, in a myriad of costume and colour, added further intensify to the movement, the emotion, and the delineation of highly skilled bodies working vigorously and beautifully aa they portray a range of emotion filled with potent narrative gestures. 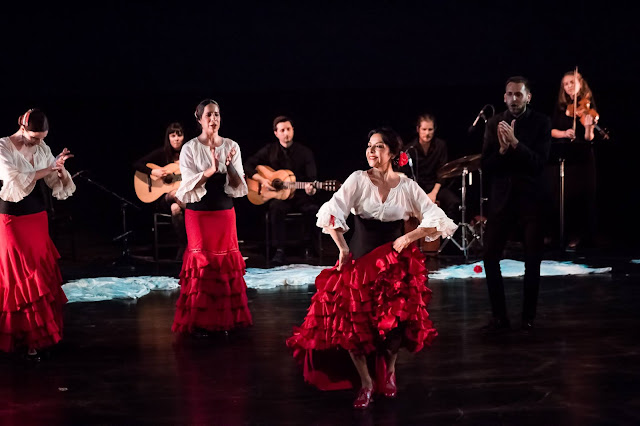 The classic Flamenco gown found many variations in this recent anniversary event, and yet perhaps the most evocative moments, among many, were when the dancers appeared in simple black pants with a fringed tunic like upper section falling just below the waist. This allowed the lower body to flow within a more exposed, corporeal realm that past Enrique creations have not always taken part in. This moment of gendered variation - taking the traditional ‘dress’ from the female dancer, subtly (perhaps unconsciously) linked a brief segment during the curtain call when one of the male singer/musicians, encouraged by Enrique herself, danced briefly onstage and continued to do so as the ensemble exited. This slight gesture of a mixed gender experience in specific choreographic forms was a a wonderful tribute and testament to the ways in which Enrique’s work and her company continue to incorporate both older and newer physical/narrative forms within their consciousness. As they say, clothes make the man, and the woman, and all of the gendered movement that exists between men and women as they create and interact within classical and traditional forms that, within a contemporary aesthetic, begin to address and undress the powerful structures that lurk and lie beneath. 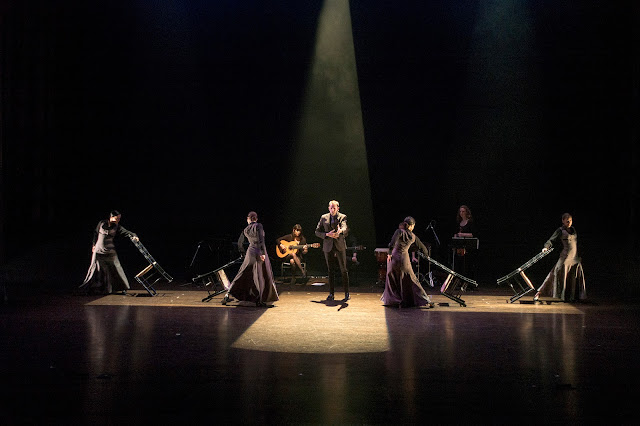