ARE YOU THERE GOD? IT IS I, ROBOT?
from ‘The Meaning of Life
and Other Fictions’*
- a novel in progress by Tom Cho 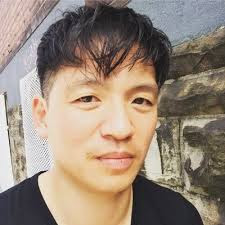 from Tom Cho's BLOG - Posted by Tom Cho on 18 September 2010 in Blog | 0 comments
I’ve been going through a “Let’s write about robots” phase.
I really enjoy writing about robots. However, surely I’m not the only writer to fantasise about getting a robot to do my writing for me?

Nominated by Prism International for a Pushcart Prize,** Tom Cho’s “Are You There God? It Is I, Robot” is an extremely engaging and unique take on iconic texts and age old themes. Citing the central relationship in the musical My Fair Lady as a misogynist connection between “a phonetics professor and a Cockney flower girl” was a striking moment in a fall reading at Glad Day Bookstore’s Naked Heart Literary Festival. This was a refreshing reminder of how intertextuality can unite the old and the new - the past and the future.

A complex, intricately woven narrative, described by Cho as - "written from the point of view of an unnamed protagonist who encounters Robot Judy Blume, who shares [with him] a novel she has written...thereby leading into the story-with-a- story featuring Robot [a robot named 'Robot' who represents another protagonist character within Cho's novel]."

Cho’s direct and very effective performing style, while reading from the excerpt, matches his writing style - as seen in Prism - as an at times spare and engaging tone describing the dilemma of the central character who finds herself in the midst of futuristic connections to historic authors from the past.

"At this point , a beam of light emits from Robot Judy Blume’s chest, projecting an image of a page before me, projected at a perfect reading height."

Later a robot protagonist (named Robot) finds herself watching an old Hollywood musical on television depicting the relationship regarding the flower girl and the phonetics prof who attempts to teach “her to speak a variety of English that's accorded high prestige.” Cho’s use of the class and gender relationship that the My Fair Lady reference evokes is a clever device that draws readers into the text and keeps the actions and the thought processes of his unique characterizations moving forward in fascinating and entertaining ways.

"Although she did not have access to a misogynist and classist professor of phonetics with an authoritarian teaching style, Robot knew that this was okay. She had already worked out that if this film was anything to go by, the only tolerable way for her to learn what was required of her was distance education or some other approach that emphasized self-directed learning."

The subtly comic tone of this segment - giving the young female robot a kind of independent feminist agency - and the overall excerpt, is an exciting indication of what the overall novel embraces as it journeys through “The Meaning of Life and Other Fictions.” 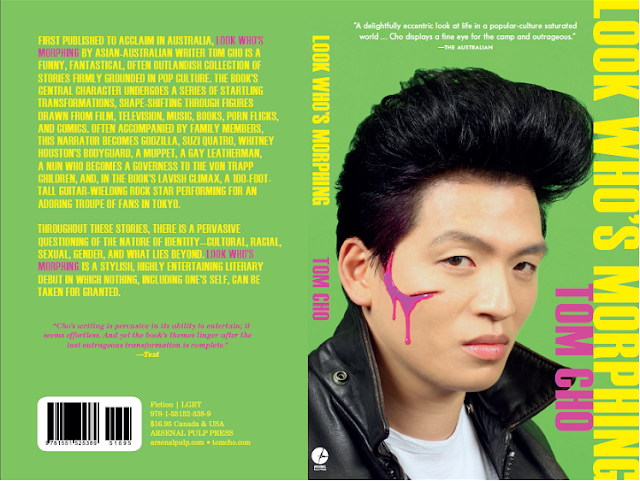 Truth and fiction unite in a way that gestures toward the blend of what was once sic-fi (Robot narratives) and a contemporary environment where the presence of robots begins to blur with our sense of 'human' self identity. The varied truths of humanity, artificial intelligence, and multiple meanings for various life forms are welcome themes in a world where the meaning of life becomes less and less clear as each new day trumps our sense of hope with yet another dire forecast. Like his earlier work in a collection of frequently whimsical and enlightening flash fiction (LOOK WHO'S MORPHING - see above image) Cho’s new work breathes life - and hope - into literary forms both old and new.

for further info go to -
http://tomcho.com/wp/signing-literary-agent-pushcart-prize-nomination/

**The Pushcart Prize is an annual US literary competition that honours work that has been published in small presses.
Posted by bette at 3:39 PM No comments: 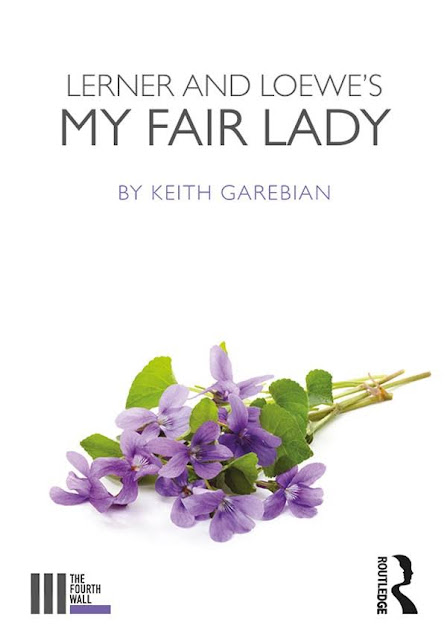 The Routledge Fourth Wall series specializes in short books about famous plays. Poet, arts journalist, and acclaimed musical theatre expert, Keith Garebian has neatly combined queer theory, biography, and his own special brand of accessible, engaging writing that adds a unique perspective to the presence of a great play that became a great musical. He doesn’t shy away from the intimate personality details that mingle with the characters that both Julie Andrews and Rex Harrison brought to their interpretations of the pivotal roles of Eliza and Henry. Nor does he mince words about Moss Hart’s presence as a closeted homosexual director who brought the kind of vigour and skill necessary to push this iconic score through arduous rehearsals, revisions, and a variety of fascinating behind the scenes scenarios. My favourite is Hart’s wife Kitty Carlisle, a woman who rose (at one point in her varied career) to miniature fame as a panelist on the television game show To Tell the Truth when I was a growing fairy. There was something both regal, smug, and endearing about her old world, socialite grandeur in the midst of a kind of hybrid precursor to the rampant reality television we find ourselves drowning in today.
Having heard rumours of his [Moss Harts’s] bisexuality, Carlisle once asked him: “Are you homosexual?” To which he replied: “Absolutely not!” (29) 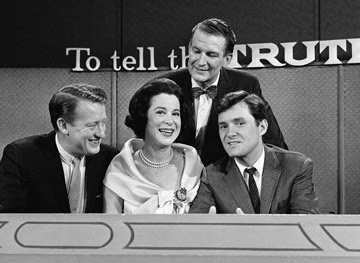 In light of a later insertion in Garebian’s text, Carlisle had her truth and Hart had his - according to a close friend  Hart once exclaimed “If I could love somebody, I wouldn’t care if it was a man, a woman, or a pig.” (28) 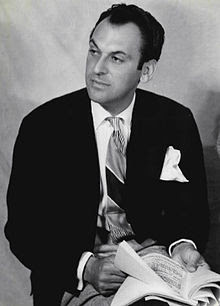 I mention this variegated 'truth' in relation to Garebian’s new book because it bears an indirect relation to the ways in which the movement from classic play (Shaw’s Pygmalion) to popular musical theatre (My Fair Lady) and the mixture of life and art that Garebian inserts into his novella sized essay - how it all blends in delightful and provocative ways. Telling the truth in the light of late twentieth century queer theory, with the aid of extensive research and impressive knowledge of the musical theatre genre, Garebian gives his reader a delightful and enlightening new look at an old somewhat “politically incorrect” text. Not to dismiss the beauty of the songs, or the romance of the tale, and yet Garebian himself speaks directly to the misogyny of the text, to Harrison’s reputation as a somewhat abrasive ladies man, Andrews trained 'innocence' and "chaste femininity" that had to be sculpted carefully by Hart, not to mention the subtly crafted homosocial triangle that occurs between the two men vying for the attention of the fair lady.

If it is an exaggeration to call the situation [between Higgns and Pickering] homosexual, its s certainly fair to call it “homosocial,” as Stacy Wolf does…but I prefer to call it homo-social. Borrowing Eve Kosofsky Sedgwick’s theory of triangulation, Wolf illuminates the central developing relationship of Higgins and Pickering in order to reveal how this “homo-sociality” delightfully undoes heterosexual presumption”…despite, I would add, the machismo of Rex Harrison  and the chaste femininity of Julie Andrews.

It is the mixture of machismo, innocence, and a severely delineated class strucutre - the division between the rich and the poor - that creates the dramatic tension - a tension that is simultaneously heightened and alleviated through song (courtesy of the genius of Lerner and Loewe) that gives Garebian's text such a lively and engaging tone - contributing to an ongoing discussion regarding one of the most popular pieces of 20th century musical theatre. 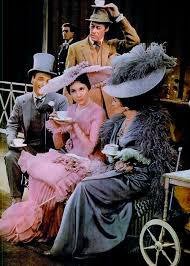 postscript: Oh how I long for an all lesbian version of the musical, or a gay male version, or a transgendered version. Shaw already had his say about the musical before it hit the stage when he openly refused to allow any of his plays "to be degraded into an operetta or set to any music except its own." A 'drag' version may set him rolling in his grave, humming along, and perhaps thanking musical theatre for keeping Higgins and Eliza alive and well and singing about the proper way to speak...

KEITH GAREBIAN IS CURRENTLY WORKING ON A LONG ESSAY  ON 'GYPSY' THAT ANALYZES IN GREAT DETAIL THE GENDER AND SEXUAL THEMES IN THE MUSICAL.

OTHER TITLES BY KEITH GAREBIAN CAN BE FOUND ONLINE - INCLUDING POETRY ABOUT THE LIVES OF DEREK JARMAN, FRIDA KAHLO ETC. AS WELL AS TEXTS ON THE MAKING OF OTHER MUSICALS SUCH AS CABARET... 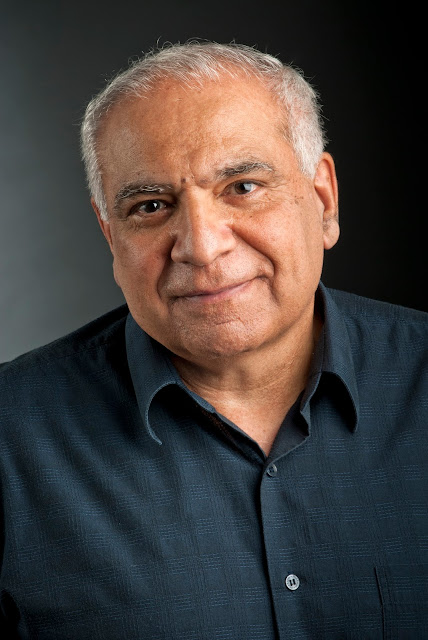 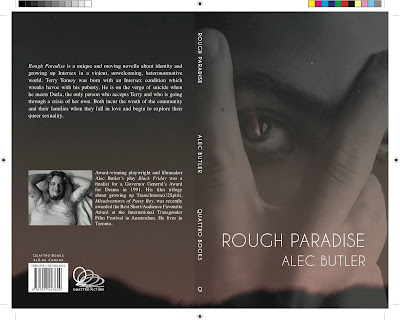 In Alec Butler’s Rough Paradise (Quattro Books, 2014) there is a fable/parable like quality that uses the authors seamless knack for creating a frolicking air that wafts though a tragic - yet somehow uplifting - series of events.

Like Butler’s seminal play Black Friday, nominated for a Governor General’s award in 1991, dialogue rolls off the tongues and through the thought processes of provocative and loveable protagonists like rhythmic love lists wrought from the consciousness of people constantly fleeing from the drudgery of oppressive perception, violent taunts, and restrictive sex/gender labels. Aboriginal images and stories mix with the presence of Tiresias, Sappho, and Artemis - making the overall narrative a rich tapestry of mythology, folklore, and profound historical/familial knowledge passed down through the ages yet not so easily retrievable in an environment that only honours present greed and buries past hope.

The writing is seamless and breakneck as the reader is propelled thorough 124 pages of relentless pursuit and retreat. In a quick exchange, one fell swoop, Butler manages to engage with playful language that quickly and concisely spells out the gender being simultaneously embraced, resisted, and re-arranged into a more comfortable space for bodies to live, breathe, and fuck within -

as usual, Darla knows just what to say; “Ummm, nice man boobs, Pussy Boy. Let’s call them ‘moobs’ shall we? Or would you prefer chesticals?” We laugh so hard we piss ourselves, literally. We are a hot, wet teenage mess…

I love fucking the silken walls of her pussy, steady and firm, in control, as she writhes on the end of my arm. Amazed when she comes, squeezing my fingers inside her, over and over. My hand is soaked with juices. It smells like strawberries…

Or the very direct missives between lovers when the question of gender is posed in a world that makes room for only the most traditional socio-sexual gender formations.

If you feel like a boy, you’re a boy. Doesn’t matter if your father makes you wear a dress or if he makes you shave. It’s how you feel inside that counts.

If Rough Paradise wasn’t so X-Rated it would be a young adult novel written for all ages. In the right hands it can be both, passed among readers as an accessible, joyful, painful, fast paced read that re-affirms one’s belief in hope for future genders - future sex… 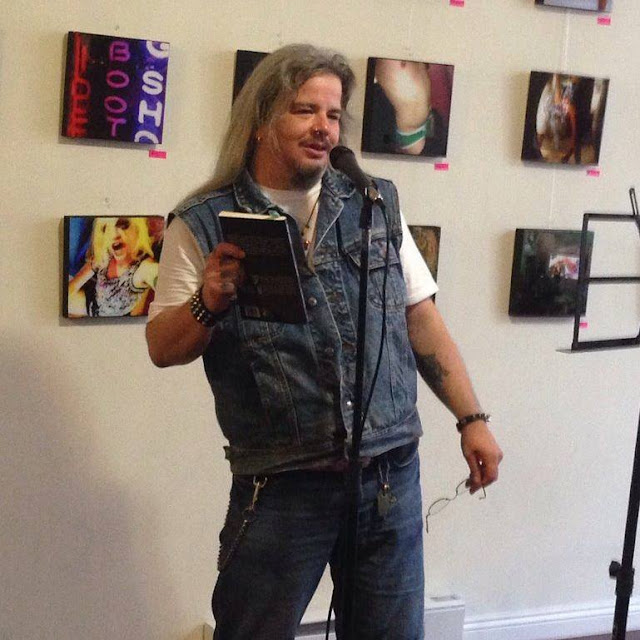 CHURCH STREET, TORONTO
Posted by bette at 9:27 AM No comments: