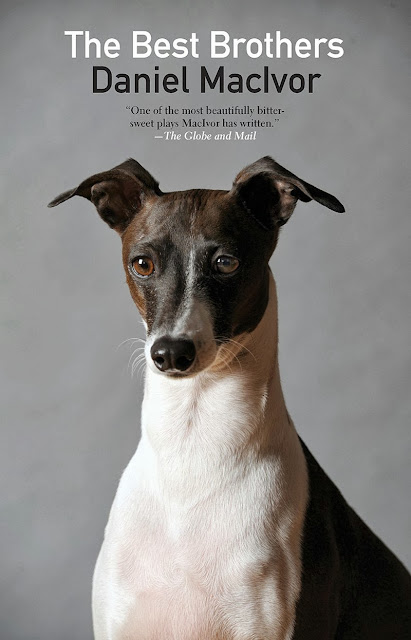 MAN'S BEST FRIEND,
HIS DOG OR HIS MOTHER?

In Daniel MacIvor's latest two hander there is an uneasy tension between the love of a deceased mother and the love of a loyal canine companion. Inspired by his relationship with his own dog, an Italian Greyhound named Buddy, The Best Brothers, currently running at Tarragon Theatre, is a fast paced, hilarious depiction of the familial induced emotional gaps felt by a gay real estate agent and his very straight architect sibling. Set in Toronto's Church Street village the play offers up a smorgasbord of topical delight ranging from the names of local flowers shops to unfortunate gay pride accidents at the corner of Parliament and Wellesley. How a Pride float got that far off the parade route one might wonder, but perhaps I got the intersection wrong. Nevertheless, the intersections between poignancy, comedy, gay, straight, maternal and canine love are  brilliant, touching and beautifully performed - yet tend to stray from the central narrative course at times.

Coming in at eighty minutes the play wobbles a little in the third quarter as it succumbs to some brief comic flights of fancy that take the nostalgia of boyhood stories to a slightly awkward and bewildering extreme. But there is a very funny childhood Lego story that acts as a powerful metaphor to post-modern predictability and packaged commodification.

The extreme comedy of a eulogy, shared by the brothers, possesses some fine comic moments yet lapses into a kind of physical comedic interaction that doesn't quite gel all the way through. But ultimately the laughs and the poignant punctuating moments will warm the heart of anyone familiar with the shops and thoroughfares comprising one of North America's largest queer communities. And there are very convincing moments of overlapping repartee between the brothers that reveal the playwright's uncanny knack for tapping into quirky conversational moments that expose the human condition as a universal commingling of laughter and heartache. 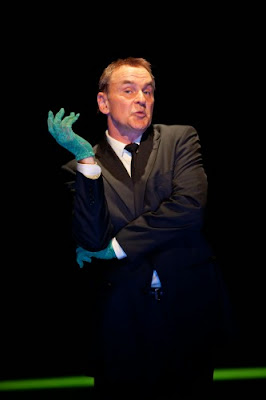 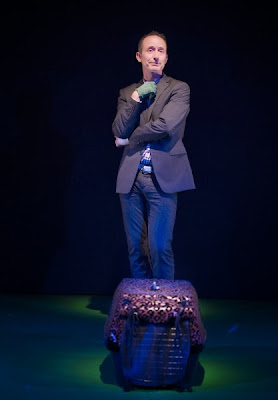 Like so man of MacIvor's plays, The Best Brothers masterfully creates dialogue and longer solo speeches that beg to be staged with clever moments of blocking and vocal nuance. Both actors are given the opportunity to represent their mother, Bunny, and MacIvor and his co-star John Beale rise to the occasion and infuse the absent matriarch with a fine blend of comic grace and compassion. Dean Gabourie's direction and Julie Fox's set and costume design create an impeccable almost sculptural feel through solid colour and focused playing spaces that allow the narrative to unfold with the same crisp, direct quality of the script. Very creative and concise staging of the movement in and out of the mother monologues sets up theatrical convention in a simple and powerful manner, giving the fast paced quality of the overall piece room to breathe for a few moments before moving back into another eloquent display of a classic struggle between two very different men competing for the love of their very colorful mother.

The canine narrative has prompted Tarragon to set up dog walking for pooch lovers on two nights during the run (Sept 27th evening, Sept 29th matinee). This is a very dog friendly production graced by a powerful, layered script that reveals the intricate ways in which straight, reserved masculinity, and a particular form of flamboyant, mannered 'gayness' can intersect through the presence of a very willful independent woman. Mother Bunny sees the strength of out queerness and the fragility of certain forms of strict heterocentric reserve, and in her absence her sons reveal intersections between the two with great insight and immense entertainment value. 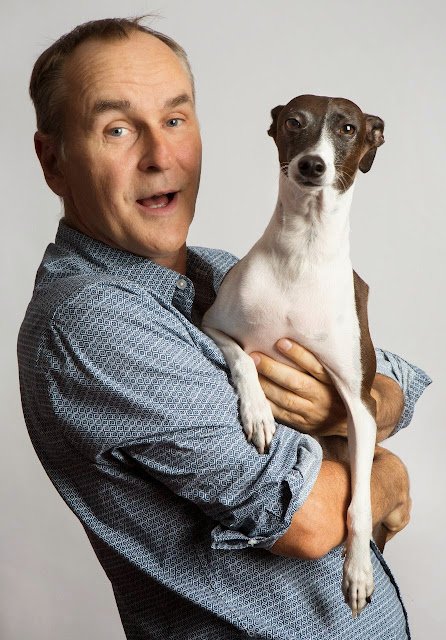 firstthingsfirst productions
with a trace 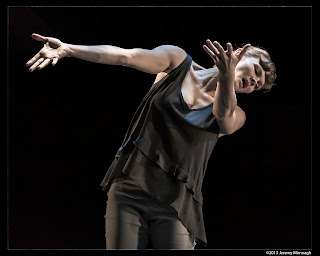 Opening with  a form of ponderous beautiful physical memory, set to the romantic strains of Johannes Brahms' opus 39, and original music by Joshua Van Tassel, Kate Holden re-shaped and re-interpreted Peggy Bakers this body of memory/Brahms Waltzes, giving spectators a re-imagining of a classic 1990's creation. Via Baker's original concept, The Choreographer's Trust, Holden was given the unique opportunity to follow her instincts through a kind of emotional and physical recall that re-traced the original choreography, yet diverged from Baker's steps, evolving "through the lens of memory" and ultimately revealing "the traces it embedded in her muscle memory more than a decade ago" when she first learned the piece from Baker. The end result is a lovely, ponderous exploration of corporeal nuance celebrating a kind of introspective romance between memory, the body, and past physical encounters with the dancing self. 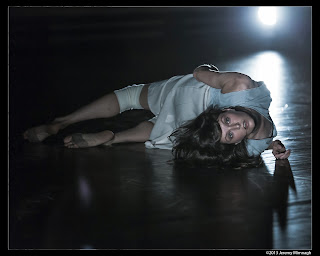 Gotta Go Church is an enigmatic and psychologically exhilarating interrogation of "spiritual energy" that took unexpected narrative leaps, placing the dancer in the audience at one point and then taking her back onstage to convulse both tragically and comically through a series of movements that pulled Kate Franklin's body into particular "physical states ... as a path towards being present onstage." Similar to the re-imaging of the opening piece, this collaboration with Frankiln and Valerie Calam/Company Vice Versa possessed fine moments of intense physical imagery and provocative contortions, yet wandered at times through what the collaborators have called "a space where [the dancer] is free to make decisions in the moment, while maintaining a pre-determined structure and arc." This daring and risky choreographic choice infused the piece with an improvisational quality that ran into a few cliched moments here and there, yet culminated with a powerful finale that brought the sequence back to the more successful nuances of the initial explosiveness and fully engaged physicality. Sound design by Paul Shepherd added an emphatic narrative site that felt distracting at times yet echoed that intense physical intuitiveness the overall piece strove to embrace. 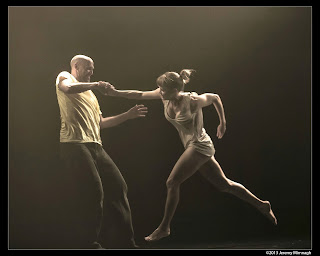 The most diverse and invigorating moments of the evening occurred between Marc Boivin and Kate Holden in Melanie Demer's (in collaboration with Holden and Boivin) Would. Boivin initiated the spoken elements with sound and language that moved from playful and quirky to direct and subtle at a moments notice. Similarly, the movements between the two dancers leapt in and out of intense, near viloent episodes and playful fun loving entanglements. The gender balance was equalized in the more violent chorepgraphy as Holden took the upper hand after a series of very aggressive movements by Boivin. The overall piece is a wonderful mixture of frolicking voice and physicality-cum-engrossing aggression that is deascribed as a dance sequence that "is almost like taming a wild animal." In a program note Demers eloquently and concisely describes the strength of the piece and the performers when she says  that the wild animal/beast metaphor that creates the central impulse for Would is "embodied by two great perfromers who are equally sophisticated, yet not domesticated."

The overall evening possessed a fine example of truly sophisitcated dance that drew from shared trust, re-interpretations of classic choreography, and improvisational moments that allowed the artists to trace and re-trace primal physical and emotional impulses as they displayed immensly measured skill and liberating intuitive prowess.

with a trace ran at the ENWAVE THEATRE from
Sepetmber 19th-21st, 2013
(Harbourfront Centre) 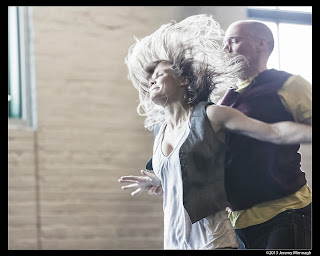 Kate Holden and Marc Boivin
Posted by bette at 9:09 PM No comments: