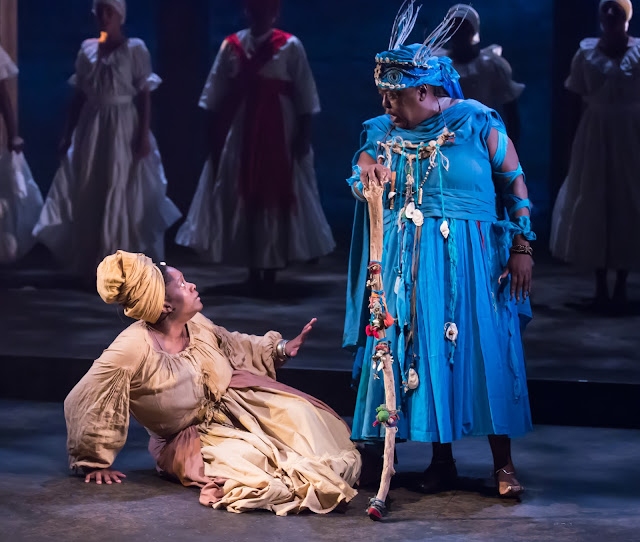 The moment fifteen women take the stage in Obeah Opera there is a profound sense of two warring communities that may come together over the next two hours, and yet the powerful libretto, music and choreography that ensues creates such a complex, at times violent sense of turmoil and frequent respite from conflict - by the end of this spectacular production one wonders how far we have come in the race and gender wars that have ravaged culture throughout history and into the present.

The production itself, as part of the Panamania, is testament to changes surrounding these issues that are much needed in the theatre and within cultural affairs in general.

As lead performer, composer, librettist and creator, Nicole Brooks has created a unique and sensational pastiche of diverse musical styles that commingle beautifully throughout a revisionist tale of the Salem Witch hunts. The story is told from the perspective of a group of Caribbean slave women whose lives are thrown into turmoil by a group of terrifying white religious zealots hell bent on extricating any sense of spiritual and cultural belief that does not reside within their sterile, misogynist and racist sense of purity, self sacrifice, and patriarchal compliance.

In the hands of Arthur Miller, in his iconic play The Crucible, this group of women, in a traditionally cast production, would have taken their complicit roles within a terrifying part of North American history by supporting their male husbands in hot pursuit of 'wicked' women, thereby implicating themselves in the destruction of parts their own identities. With an all female cast, and a pivotal role played by a woman of color as the mother of a white woman, Obeah Opera's stunning ensemble throws the whole notion of naturalism out the window by suggesting that there is nothing terribly natural about naturalism. The whole sense of an inter-racial 'community' of slaves and slave-owners at war with themselves and each other - yet attempting a very strained sense of mutual understanding - comes to the forefront and wins out, in a very bittersweet sense, by the end of the show.

Needless to say (yet fully necessary) until fairly recently (historically) naturalistic narrative and casting, in mainstream theatre, has been in the hands of straight white male directors. Recent productions such as the inter racial versions of Tennessee William's plays (Cat on a Hot Tin Roof & Streetcar Named Desire) have caused considerable controversy on Broadway. True to the text, and true to history, these revivals have provided powerful versions of classic drama. And yet, certain white revisionist responses have missed both the historical accuracy and the theatrical point of these important milestones.

Obeah Opera, on the other hand, makes it impossible for any discerning theatre goer to deny that this is a direct, powerful, and profound commentary on the ways in which art and culture have consistently misunderstood each other for eons. But that is the stuff of a long winded, heavily researched essay, and I don't get paid enough [anything] for that.

The ensemble is too large to mention every cast member, but every note and physical presence is unique and spectacular. Powerful voices fill the stage from start to finish as the score moves in an out of highly charged anger, with frequent soft ballad like refrains and reprises. There are moments of classic Broadway group vocals reminiscent of sections from The Music Man ("Pick a little Talk a little") when a group of white women cackle and caw musically amongst themselves at the expense of the women of color who are so clearly separated from them onstage. The variety of musical forms and the frequently parodic choreography and blocking provides an uncomfortable and provocative sense of comedy and tragedy that throws the same sex gender/race power dynamic into high relief. When mingling among the white women and the slave women is attempted the blocking clearly suggests a form of segregation that heightens the dramatic conflict.

Brilliant direction by Lezlie Wade, with intricate, explosive choreography by Anthony "Prime" Guerra and impeccable musical direction by Andrew Craig adds an aural and visual intensity that moves with breakneck pacing, attesting to the skill and dexterity of a truly incredible cast and production team. 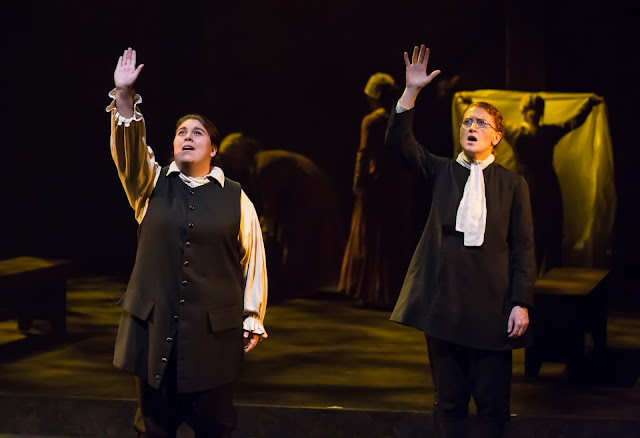 Ultimately Obeah Opera challenges both gender and racial stereotypes and allows for moments of true understanding that are necessarily stunted by the ongoing falsifying presence of racist and misogynist history in North America.

There is a sense of profound collaboration woven into every aspect of the production and the narrative as it explodes onstage as part of Panamania - reinforcing the need for greater collaboration within gender, race, and  cultural issues in a city - and a world - struggling to embrace a complex notion of multiculturalism. 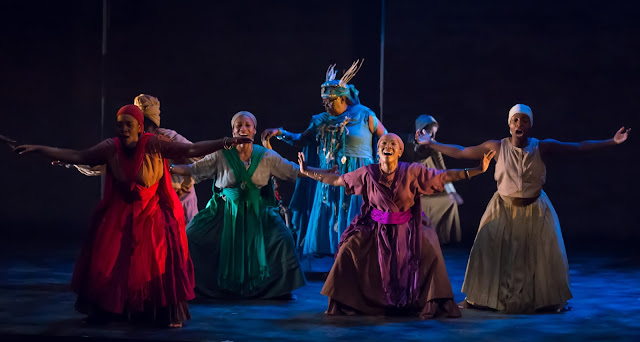 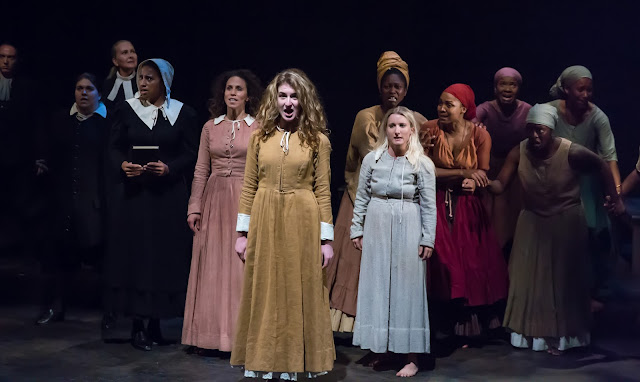 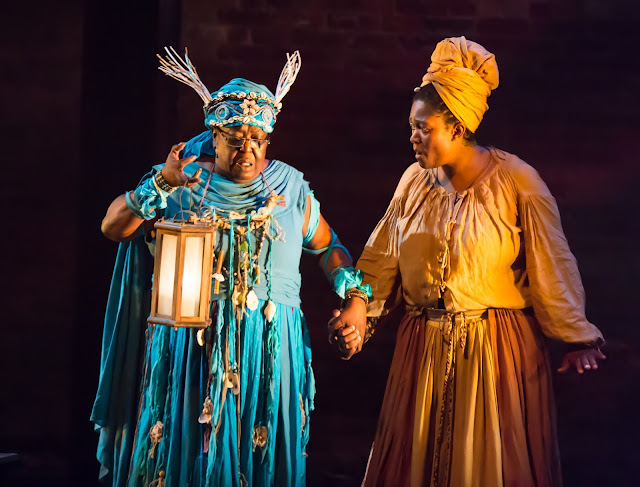 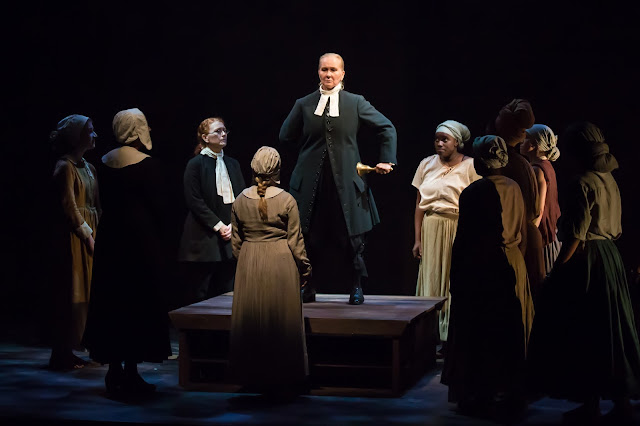 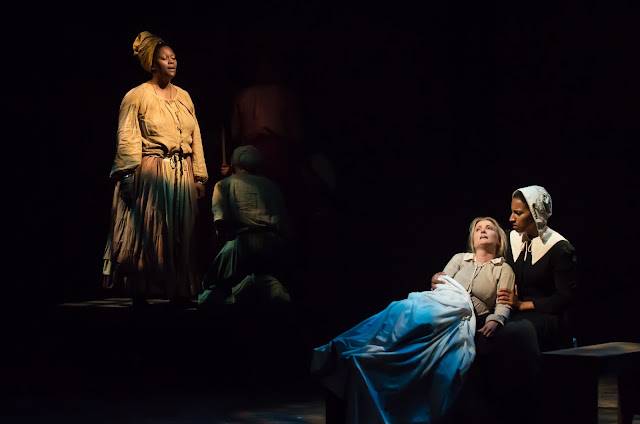 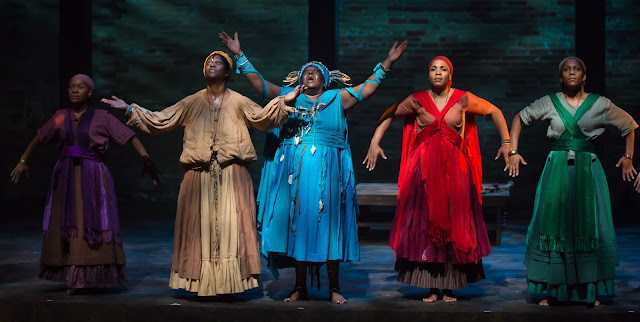