As difficult as it may be to see a parade of stereotypical attitudes between men and women cross the stage in a seventy-five minute explosion of anger, giref, and misunderstanding regarding teenage pregnancy and all its implications, George F. Walker’s 1990’s drama TOUGH! does drive home the point that there is still a lot of work to be done. In the hands of director Ken Gass, the three person play, adapted to include eleven actors playing the triumvirate of youthful hostility, becomes a powerful and disturbing array of unanswered questions that end in an open and bewildering manner - leaving the audience with their own questions to ponder.

The ensemble manages breakneck pacing and powerful performances as they race across the stage, turning the dialogue for three into a mesh of gender divided proportions. The primary weakness of the script may be that it leaves too much up to the imagination without delving into the sympathetic possibilities that the characters rant about non-stop for the entire drama, pitting young men and young women against each other without any sense of how these issues might be addressed - apart from a lot of anger and simple delineation regarding traditional gender behaviour. 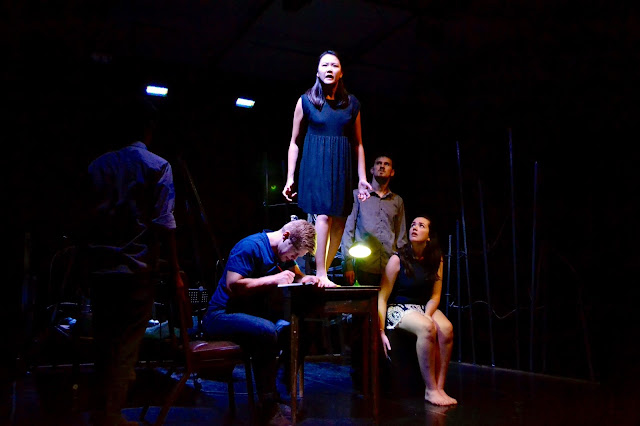 The performances are incredible and complex and the blocking is a fine study in maze-like diagrams that reveal director Ken Gass and his cast as highly talented and skilled practitioners. And yet, the physical form at times transcends the somewhat undetailed social narrative of TOUGH! that never quite flies above its directorial finesse. 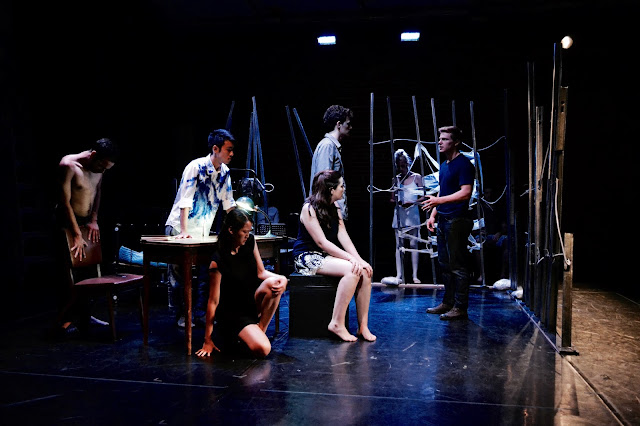 The program notes suggest that the change form a three person cast to just under a dozen reflects “Toronto’s rapidly shifting demographic” since the inception of the play in the nineteen nineties, and goes on to explain that the new casting choice creates “multiple viewpoints on the difficult choices Bobby and Tina must make.” Indeed, the diversity of race and gender does reflect a broader demographic, but the class issues and the issues of sexuality, vaguely represented in a single butch female character, tend to blur any profoundly detailed discussion of race, class, or sexuality. A lone needle that appears part way through the play tends to narrow the class focus without delving into it, creating a stereotype that is never fully unpacked. 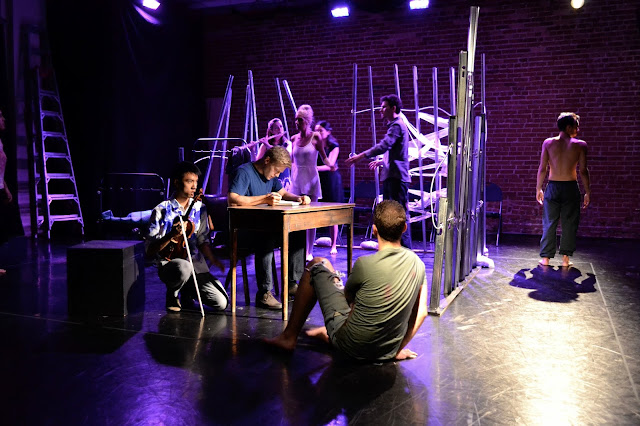 Regardless, TOUGH! is, indeed, a tough treatment of an overwhelming problem that made its impact in the nineties and may encourage further discussion close to a quarter of a century later.

dreams (rêves) by Wajdi Mouawad and translated by Linda Gaboriau, the second offering of the evening, is equally as powerful as TOUGH! as it addresses complex issues regarding loss, loneliness and ensuing anger within a world ravaged by war. The same casting choice, utilizing 11 people, creates a strong stylistic connection to the first play of the evening. And yet the poetic narrative, marked by a beautiful sense of post-modern citation, is a much stronger text as characters create a dream-like world around the position of a lone author trying to write the lives of people affected by the permanent military state that envelopes a world at war with itself. 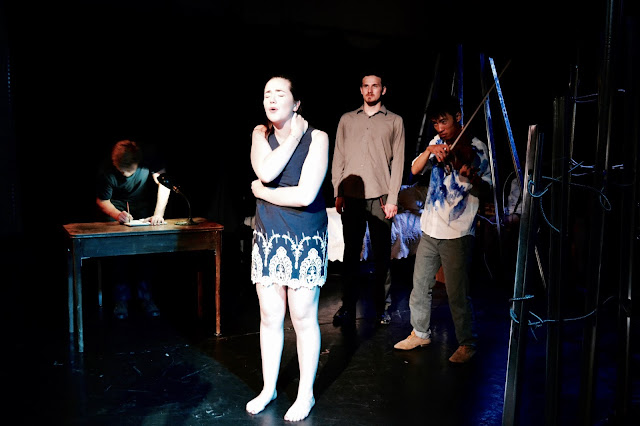 Too numerous to mention individually, all of the actors in dreams/(rêves) shine in their blurred roles as they become each other with the turn of a touchingly self-referential phrase - another uncanny connection to the use of eleven actors in the first offering (Tough). Framed beautifully in the opening scene by the use of a shirtless actor who provides a moment of mysterious presence at the beginning, the ending presents the same character as he sings a haunting melody that punctuates all that has come before.  Another musical interlude, placed perfectly through a gradual build-up from momentary sound effect to full blown violin accompaniment, the musicality of the script finds elegant and diverse support in these intermittent musical motifs.

Near the end a touching maternal farewell monologue on loss lends great emotional depth with an impeccably delivered monologue by a young actress (Carmen Kruk) whose obvious youthfulness somehow disappears within the overall fabric of this very talented ensemble. She becomes the older woman through the sheer skill and poignancy that the overall cast matches as they work beautifully and intricately together as very young actors tackling a variety of mature roles. And this may be the greatest strength of the inaugural season for Canadian Rep's ENSEMBLE Youth Theatre - the director's ability to connect two very different plays with a strikingly talented young cast and an intriguing parallel aesthetic that brings significant social messages to the forefront. Delivering stylistically similar treatments, projected onto very different texts, Ken Gass can be applauded for bringing timeless ideas and young artists together, and in the process creating an evening of powerful and thought provoking theatre.

running until August 20Th at The Citadel
TICKETS AT canadianrep.ca 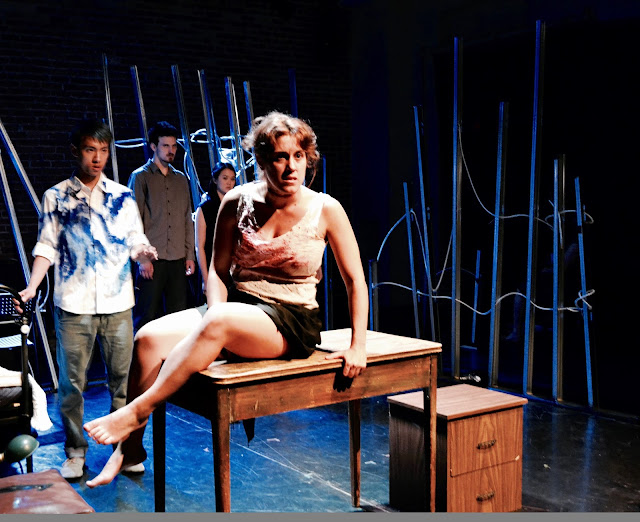