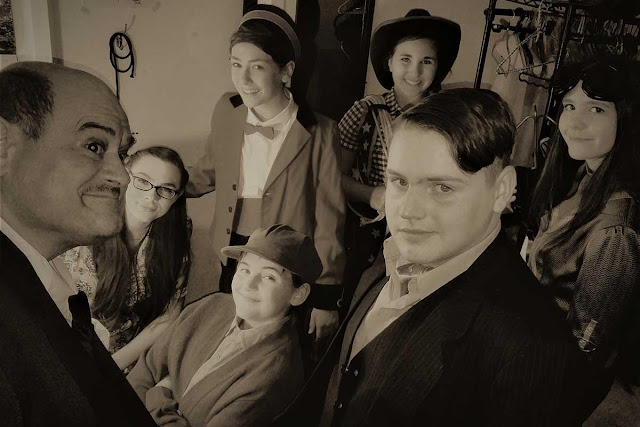 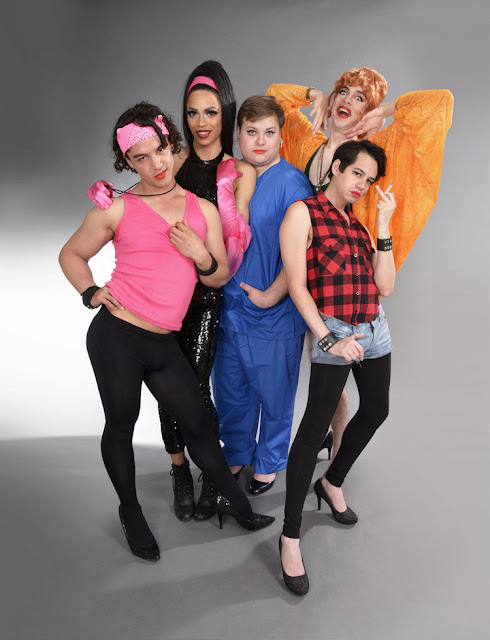 A fine ensemble cast of teenaged thespians makes this imaginative script a fun fast paced romp through the psyches of behind the scenes unsung comic book heroes. A standout performance, in the midst of a delightful
and talented cast, comes from Brad Brackenridge as the older semi-super hero assistant. His layered performance, filled with detailed physicality and expression, creates a solid foundation for his cohorts to play off of from beginning to end. With a finely tuned comic presence,
laced with elements of Jack Nicholson at his charismatic best, his presence is created by a playwright who strategically places a mature character at the centre of fledgling young souls moving through the same bittersweet trap their super hero status affords them. And the costumes are adorable!!!
THE DING DONG GIRLS
A wonderful spacey drag concoction. The Ding Dong girls has a lovely breakneck sense of drag cracking through the complex of glitzy glass sequinned ceilings of entertainment, performance art, and plain downright campy fun - as it finds highlights in songs that speak metaphorically of cracks in the sky where all that is fabulous can break through - alongside politicized drag infused performance pieces that campily portray other aspects of drag persona.
A thrilling and promising beginning for a show that needs a post finrge full length production to give it the after life it so richly deserves, Wonderful songs, amazing performances, and a dialogue between divas that holds the potential for a great big splashy musical!!!
Company
MoGo Co.
Playwright/Creator
Christopher Richards and Gordon Bowness

Facebook promo
The Ding Dong Girls, the hilarious drag musical by Dora-winner Christopher Richards (Molly Wood) and author Gordon Bowness, is the mostly untrue legend of a cross-dressing misfit who gathers around him four other young gay men to form a madcap, politically-motivated drag troupe in early 1990s Toronto. The five friends hurtle off on a roller-coaster ride of self-delusion to create a magical world of power, beauty and sisterhood. This magical world stands in stark contrast to their gloomy reality. Will glamour win out?
____________________________________

Email ThisBlogThis!Share to TwitterShare to FacebookShare to Pinterest
ONE LEFT HOUR:

THE LIFE AND WORK OF DANIIL KHARMS 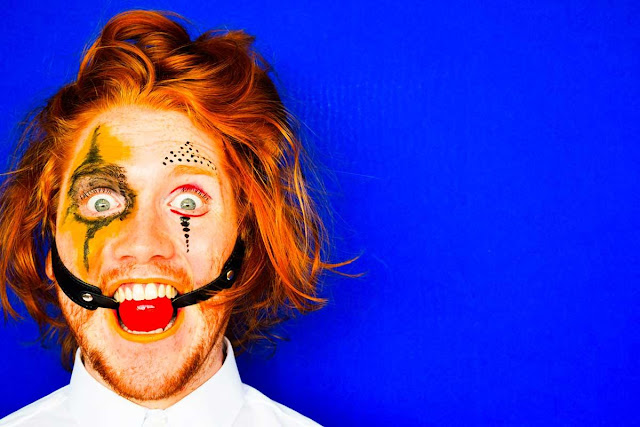 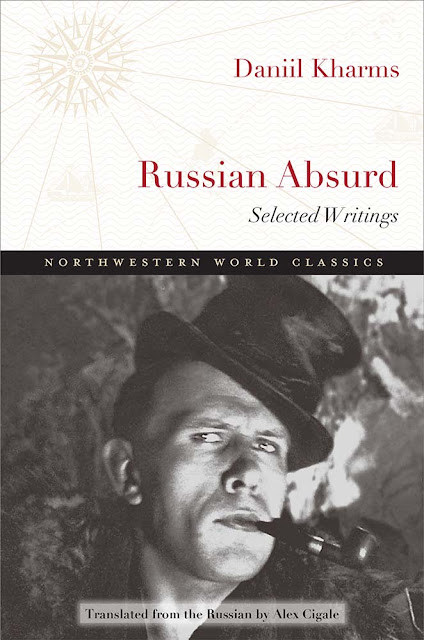 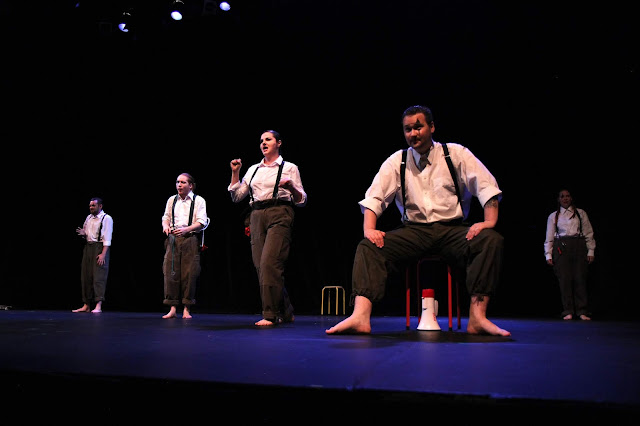 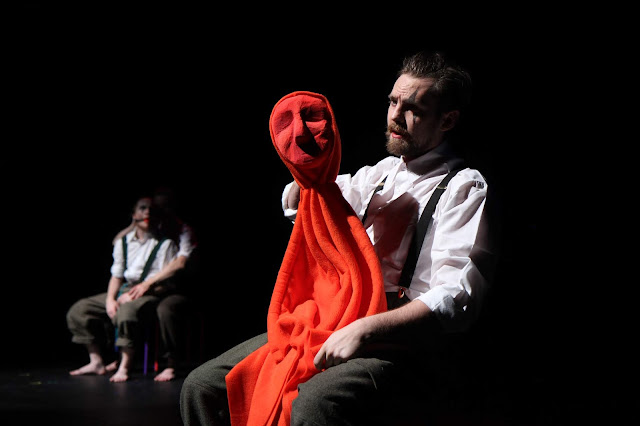 photos of the cast by Nicholas Porteous 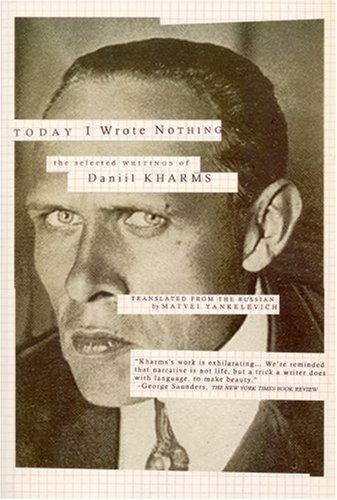 Good Old Neons One Left Hour, what one might call a celebratory anti-celebration of an absurdist poet's tortured work, is a splendid tour de force that has the ensemble portraying and performing elements of Daniil Kharms work, persona, and philosophy in a fast paced, beautifully rhythmic hodgepodge of surreal delight and meditation.

Kharms oeuvre was certainly not about the lighter aspects of the social milieu he inhabited and rebelled against, and One Left Hour represents this with the kind of commitment and respect absurdism demands in order to make the seeming chaos that underlies the action remain both chaotic and clearsighted throughout.

His prison meditation, both spare in tone and lush in meditative sentiment (image below) exemplifies his dedication to both producing intense work and abandoning it when the situation demands. Good Old Neon has taken these qualities and infused their production with moments of audience confrontation and the support of a vocal stage management and tech crew that break all four walls throughout the piece, enteriaining with high spirited physicality, haunting melancholy puppetry, and an exuberance and commitment to the project that fills every moment. The result is a bizarre, beautiful, puzzling, and provocative journey through the work of a bizarre, beautiful and puzzling artist who relentlessly made his art through despite great personal hardship.The current fringe production, honouring his artistic output, is a fine testament to the endurance of even the most non traditional or theatrical aesthetics. 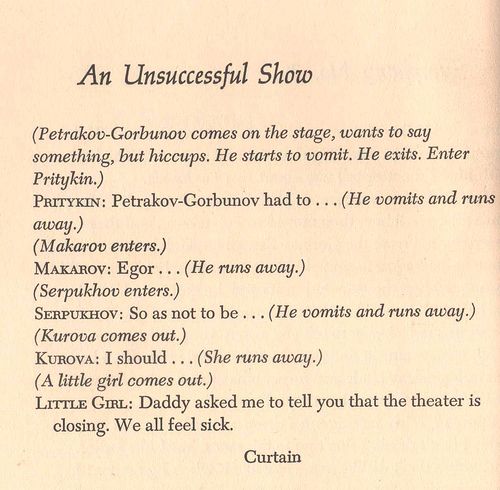 (An Unsuccessful Show)
included in the programme of One Left Hour