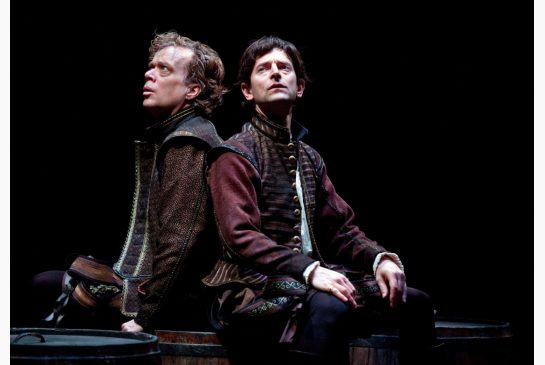 ROSENCRANTZ & GUILDERNSTERN ARE DEAD FUNNY
Soulpepper’s current production of the Tom Stoppard classic Rosencrantz and Guildenstern are Dead is a brilliant tour de force featuring a flawless ensemble superbly directed by Joseph Zeigler. Taking on Stoppard’s postmodern musings on two neglected characters from Shakespeare, as well as the playwright’s relentlessly quirky and hilarious sense of wordplay in one swell foop, is a formidable task at the best of time’s. In the
hands of Jordan Pettle and Ted Dykstra the two tile characters come alive with the tragi-comic grace of a nostalgic, savvy duo reminiscent of everyone from Burns and Allen, Wayne and Schuster, Rowan and Martin, Lily Tomlin and Goldie Hawn. 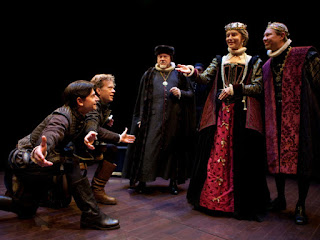 Pettle’s Guildenstern acts as a direct, subtle and charming straight man to Dykstra’s virtuosic breakneck quippage as the delightfully anxious Rosencrantz. Zeigler has taken care not to fill the stage with too many off the wall funnymen in order to strike a delicate balance that brings forward the philosophic nuances of plays within plays, audience reception, fourth wall demolition, and the existentialist plight of undermined under- developed characters. Shakespeare’s originals have always been a bit of a blur in the Danish disaster starring that forlon socio-pathic Prince Giblet. Stoppard gives them full-blown inter-active roles as fleshed out minions in a zany plot of their own design.

Standout performances by William Webster as Polonious and Kenneth Walsh as the lead Player add an eloquent inter-generational touch to the ensemble and reveals their immense, layered skill for lending high energy thespian fanfare and impeccable characterization to supporting roles. Walsh’s Player is especially complex and vocally tiered as he moves the theatrics forward with direct and powerful finesse. Webster’s Polonius has some delightfully shrieky moments that offer up superb contrast as the onstage activities begin to unravel in relation to the bard’s intensely dysfunctionalfamilial plot line.

Featuring musical enhancement and evocative sound design by Mike Ross, with spare elegant sets and costumes by Dana Osborne, in the midst of beautifully nuanced in-the- round lighting by Kevn Lamotte, this is a wonderful production of an endlessly entertaining and thought provoking play.

currently running at the Young Centre (Distillery District) through March

A diverse and moving tribute presented by dance Immersion to the history of Canadian Blacks in Dance took place at the Fleck Dance theatre February 1st and 2nd. A program comprised by a variety of artists, and an ensemble of students from COBA and The Children and Youth Dance Theatre of Toronto, was accompanied by video and digital projections that gave the overall evening a broad historical overview honoring nine pioneers from the past and present. 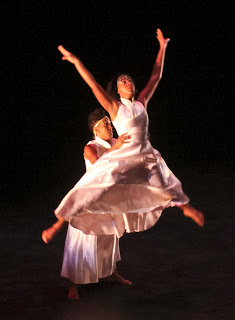 A wonderful intricate tribute to Jean Sheen, founder of the Chissamba Chiyka Performing Company (Toronto) and the first Caribbean dance school in Ontario, featured music by Miriam Makeba with choreography by Jean Sheen and remounted by choreographer Ronald Taylor.

Jeni Legon's "position as a talented and passionate dancer who became the first Black woman to sign a long term contract with a major Hollywood studio" (program note) included a performance by Shawn Byfield and the TRIBUTE crew. The sequence was punctuated by commentary and footage that placed Legon's achievements and skills alongside the greatest dancers in cinema (e.g. - Ginger Rogers) who she would have competed with for roles had Hollywood specifically, and North America in general, not been party to forms of racism that frequently placed Black dancers in secondary roles. (Tribute  recorded commentary) Legon also taught and lived in Vancouver during her impressive career as an international artist.

Tributes to current contemporary artists and educators such as George Randolph set the stage for a movement into the present whereby aspiring dance artists were able to view a tightly focused continuum of excellence as it evolves within current arts and dance communities. As founder and President of the Randolph Academy for the Performing Arts in Toronto, George Randolph possesses over twenty five years of dance performance and education experience. 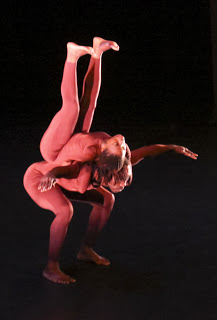 Other highlights featured the diverse talents of a group of young dancers from COBA and The Children and Youth Dance Theatre of Toronto. A colorful collection of casual costuming styles sharply enhanced a variety of distinct techniques as groups of young dancers emerged in beautifully choreographed moments that simultaneously covered the stage in intricately woven ensembles and then separated for intimate moments of sleek vitality and energy, exemplifying the many styles available to students of contemporary dance. 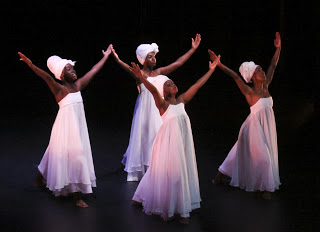 A striking element of the COBA and The Children and Youth Dance Theatre of Toronto's contribution appeared through the use of very different types of dancers as they created a melange of gorgeous form and tightly executed bodily presence within an overall sequence. Their placement throughout the evening, in the midst of solos and duets by talented artists such as Shawn Byfield, Ronald Taylor, Tamla Metthews, Kimya Hipolite, Collette Murray, Shaleeka Scarlett, Arsenio Andrade, Justin Poleon, Danny Grossman, Eddie Kastrau, Gabriella Parsons, Zab Maboungou, Karla Etienne, George Stamos, and Octavie Dostaler-Lalonde presented audiences with the significance of a history of dance artists who have given so much to the present through perseverance, exceptional talent, and a time-honored love for dance and its ongoing legacy. 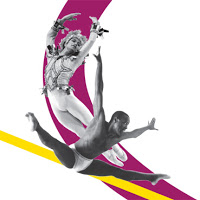