SANDRA SHAMAS - THE BIG WHAT NOW - HELD OVER UNTIL FEBRUARY 19TH!!!

BUY HER BOOKS WITH THE TEXTS OF HER HIT SHOWS AND SEE HER NEW SHOW, HELD OVER AT HARBOURFRONT UNTIL FEBRUARY 19TH! 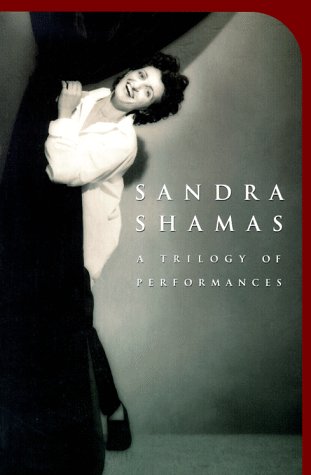 "Sandra Shamas is a brilliant comedic storyteller who pokes fun at her own (and our own) foibles in an earthy, engaging, honest and deadly funny way, never losing sight of the fundamental importance of loyalty, affection, and love. In book form, her three smash hit shows— My Boyfriend’s Back and There’s Gonna Be Laundry; The Cycle Continues; and Wedding Bell Hell— published as A Trilogy of Performances, were shortlisted for the Governor General’s Award and the Stephen Leacock Award for Humour.

In Wit’s End, Shamas faces life’s next hurdle after marriage, divorce— and moves from the city to a farm. Urban angst meets the real darkness of nature in a delightful story of healing and creating a new life." 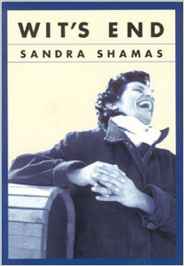 Held over until February 19th, at the Fleck Dance Theatre (Harbourfront Centre), Sandra Shamas' new show, The Big What Now is a two-hour tour de force (one intermission) that fills its audiences with a mixture of boisterous laughter and soul searching emotional power.

On opening night Shamas had to stop long enough to speak jovially, lovingly and  directly to a woman in the audience whose laughter became a non-stop, fabulous soundscape that the performer appreciated, but had to take control over in order to continue her monologue.

Shamas has an incredible knack for simultaneously and aggressively putting her audience in their place and endearing them to her every move and every word as she takes full command of a blank stage - one stool - and tells the stories of her life. Years ago, at the Winter Gadren, or was it the Elgin, I recall a cell phone going off in the audience and Shamas simply stopped, looked out, and said something scathing, bawdy, hilarious and beautiful, and then continued her work. I hesitate to repeat the line for fear of getting it wrong, but it has never left me.

Self-proclaimed, in her current show, as a performer who is both a comic and dramatic artist, she makes fun of everything from septic tanks to men, menopause and treacherous ice storms. And she does it with a seamless intensity that takes on an elegant and varied energy form start to finish.

Beginning her performance with a framework that never falters as she tells her audience that she is there, onstage, during these particularly difficult times, to do something about the global mess so many of us are finding traumatizing. She does just this by creating personal stories about her life in the country, as a hardworking farmer, and how she finds the power and the energy to make her way through all of the joys and the challenges that her life as a straight, single woman present her with.

Lightly making fun of lesbian camaraderie, mildly mocking certain forms of manly behaviour with a direct and hilarious tone that allows the male member to laugh at  and to examine itself, she inserts a rich and casual plethora of social and sexual themes into the essential and microcosmic rural world that inspires so much of her work. And she does it with the skill of a gifted performer who knows how to hit all of the physical and vocal peaks and valleys that make her voice and her presence so irresistible and engaging,

One segment is populated by memorable characters from community meetings in the small town near where Shamas lives. Memories of elderly characters who question her status as an unmarried fifty-something woman, are filled with vim and vigour, and come out of Shamas with comic force and dramatic import. She is a truly great storyteller, a dramatist, and standup comic, and a meditative, lightly guru'ish persona who has not lost an ounce of power in the three decades that she has shared her life, and her art, onstage, with enthusiastic audiences. 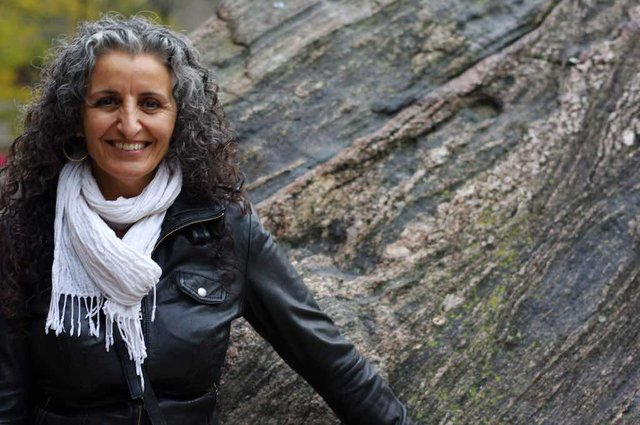