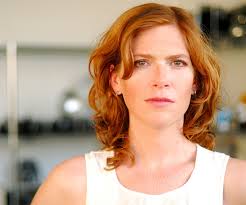 "That's one of the things that "queer" can refer to: the open mesh of possibilities, gaps, overlaps, dissonances and resonances, lapses and excesses of meaning ...political adventures attaching to the very many of us who may at times be moved to describe ourselves as (among many other possibilities) pushy femmes, radical faeries, fantasists, drags, clones, leatherfolk, ladies in tuxedoes, feminist women or feminist men, masturbators, bulldaggers, divas, Snap! queens, butch bottoms, storytellers, transsexuals, aunties, wannabes, lesbian-identified men or lesbians who sleep with men, or . . . people able to relish, learn from, or identify with such...for anyone to disavow those meanings, or to displace them from the term's definitional center, would be to dematerialize any possibility of queerness itself." 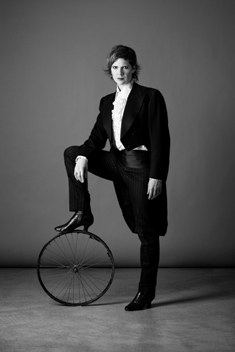 from SPIN, written and performed by Evalyn Parry

As the incoming Artistic Director of Buddies In Bad Times Theatre Evalyn Parry will continue to broaden areas she has already helped to develop over the years as a theatre artist and as the director of Buddie’s queer youth program.  As someone who came out in Montreal in the nineties, when the term queer was beginning to add a more inclusive air to Lesbian and Gay liberationist fronts, she sees diversity as the most significant aspect when it comes to programming new work for upcoming seasons.

“It [queer]  felt like a word that spoke to me for its inclusiveness and its sense of otherness, and being kind of hard to define.” She sees queer as “a wider umbrella that includes more self definition and grey areas.”

“I’m perpetually curious about new, different experiences within the queer experience. The white queer experience has been fairly well documented in theatre, especially the white gay male experience, perhaps moreso than other areas…But there  isn’t as much of a canon or history of the work of others.”

Parry wants to see more work being done by non white queer lesbians and trans identified artists. She is committed to “diversifying the voices represented on the page in Toronto at Buddies because it feels likes this is what our society is trying to figure out.”

“We have been trying, often with uneven results, to confront our own historical colonialism and racism as North American people who have this history to contend with. And in this city we have immigration issues and layers of inter-generations of culturally mixed people. It’s an interesting time globally and in Toronto. What does it mean to be queer? It is imperative to be looking at this because it is so foundational to the roots of drama - which is about dramatic storytelling, about power and privilege and how can it get negotiated in this world.”

One issue regarding diversity (or lack thereof) that resides in front of the theatre at 12 Alexander Street seems a timely challenge for the new Artistic Director. A plaque honoring George Luscombe and Toronto Workshop Productions, without any mention of the past decades of queer theatre history, was  recently erected in front of the building and has become a source of bewildered queer disillusion for some. When asked about this Parry responded by saying she felt that it is wonderful to acknowledge what TWP contributed to the national theatre scene, but  that the plaque does seem “weird” and that it is “symbolically important to register discomfort as this speaks of something else in the city.” 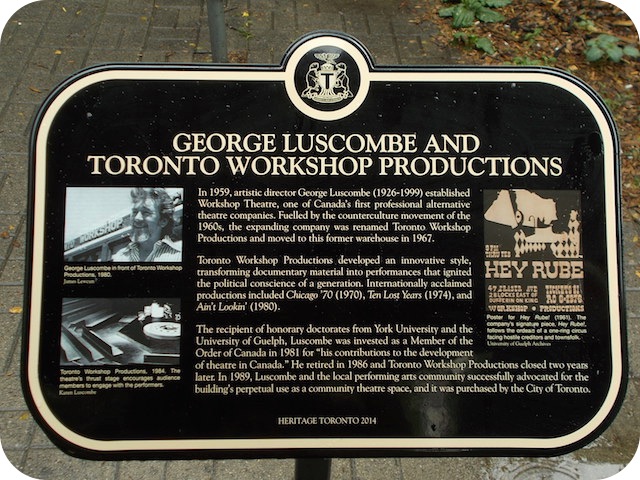 In the meantime diversity within the walls of Buddies In Bad Times theatre will be handled from a new perspective that Evalyn Parry feels has already been shaped by years of work by a variety of artists working together in various capacities. One new program that Parry will initiate will be a play reading series for women’s voices.

“One thing I want to start as soon as possible is a female playwrights reading series – getting to hear more work, a  place to hear the work onstage. It’s an easy economic model and also a wonderful way to experience dramatic literature, to think about the ideas. It just feels like there aren’t enough places outside of Nightwood Theatre to hear queer and trans female writers.”

What's Queer for Evalyn Parry will unfold over the next chapter in Buddie's history, promising to continue the varied focus on complex issues around diversity - issues that all Toronto communities, theatrical or otherwise, need to address in new and challenging ways. 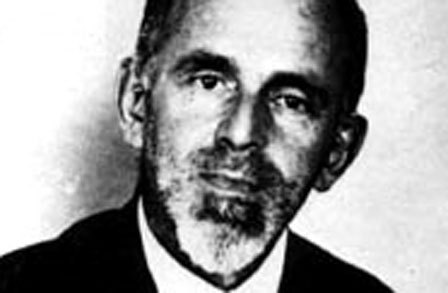 from Osip Mandelshtam’s ‘The Age’

to look you in the eye,
and weld the vertebrae
of century to century,
with blood? Creating blood
pours out of mortal things:
only the parasitic shudder,
when the new world sings…

And new buds will swell, intact,
the green shoots engage,
but your spine is cracked
my beautiful, pitiful, age.
And grimacing dumbly, you writhe,
look back, feebly, with cruel jaws,
a creature, once supple and lithe,
at the tracks left by your paw 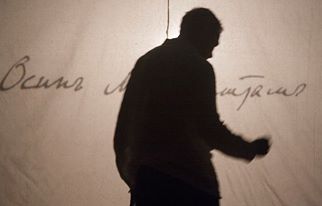 Honouring what she refers to as the “Ortho shul” tradition of orthodox synagogues, director Jennifer H. Capraru  has taken a small fringe show and turned it into a complex spectacle of meta-theatrical elements that enchant the eye, warm the heart, and shed light upon the connections between Stalinist tactics and current global concerns around privacy and the rights of the artist. 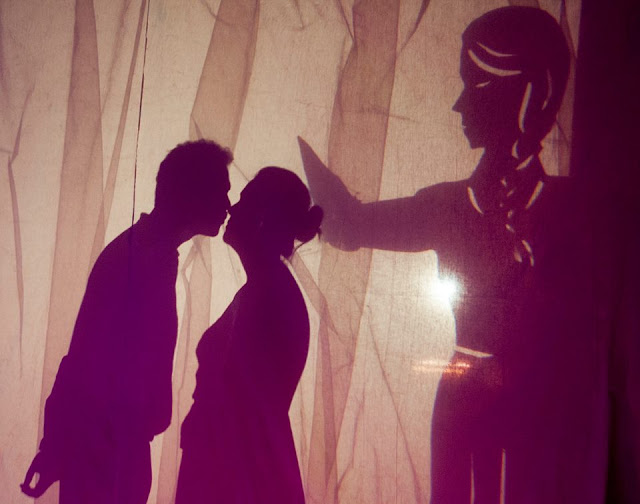 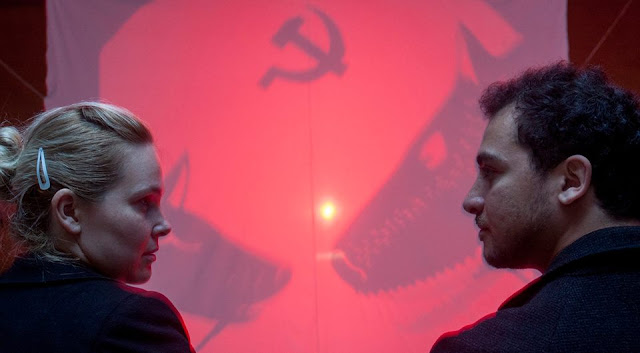 In Rafi Aaron’s beautifully poetic play Mandelshtam a very young woman takes centre stage and enchants the audience with her precocity through a brief introductory speech that sets the tone for an hour of delicately drawn scenes that bring the subject to light in a way that reminds spectators of the power that poetry and art in general can wield within a profoundly troubled state. The audience is immediately engaged by the introductory claim that there will be no direct physical contact between men and women during the play. Although this may initially strike some as unsettling and cumbersome, it quickly becomes, in the hands of a skilled director, a powerful aspect of a play honoring both history and human intimacy. One is reminded of Anna Deveare-Smith’s transcribed/performed testimonies from Fires In the Mirror as an example of the ways in which particular orthodox Jewish traditions can be adapted in order to make the experience even more dramatic and enlightening.

Simple puppets behind a backlit screen – touching and yet not actually touching - a fragile string of lights passed between a man and a woman, and a final circle of light on a floor inscribed with poetry along the circumference, give the overall mise en scene an almost childlike quality that allows the actors to take full power over the word - and to play with those words in brilliant and moving tableaus. 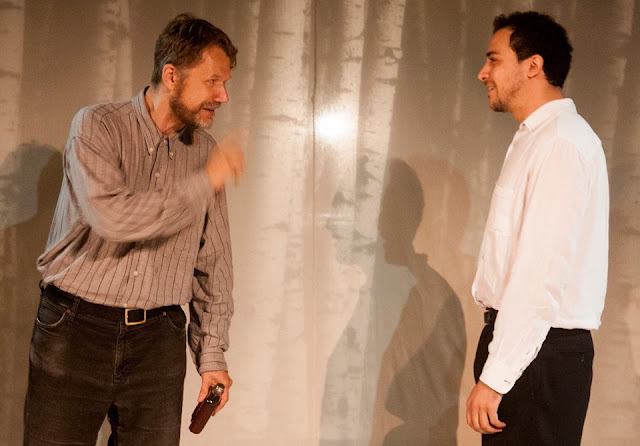 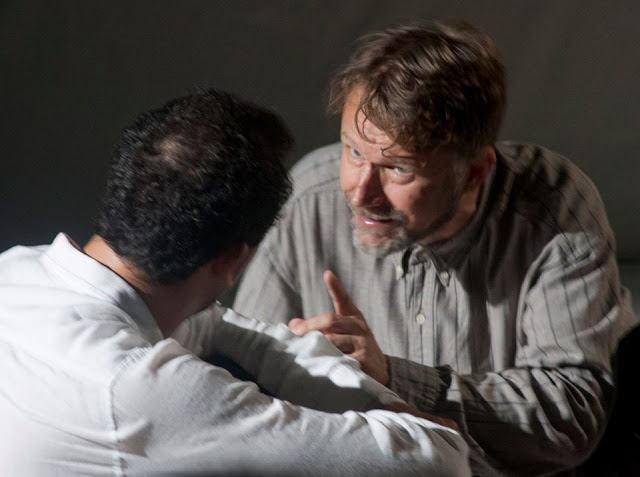 Capraru and Aaron have been blessed with a cast who grasp all of the nuances of the poetic script and the essential physicality of the director’s interpretation. Bruce Beaton, as the poet’s friend and colleague Aleksandr, exemplifies this as he skillfully interprets long poetic sentences in a sometimes clipped, sometimes drawn out rhythm that allows the words, like poetry, to wash over us without losing any of the meaning or intensity. He gives contemporary, poetically inflected dialogue a sense of naturalistically rendered Shakespearean tones that simultaneously sooth, inform and dramatize. The other performers match his skill for subtle renditions of complex, at times metaphoric turns. The entire ensemble excels as they execute dance-like gestures that move them in and out of the simple circular playing space located in the basement of Anshei Minsk Synagogue in the heart of Kensington Market.

Nicole Wilson as Nadia Mandelshtam portrays the poet’s wife and comrade with an emotional honesty that attests to the actual character’s drive to memorize her husband’s work in the face of destructive politically charged censorship. Pieces of paper move about the stage in a resonant manner as one is constantly reminded that particular waves of history can drown the artist’s words if there are no witnesses who can take those words and move them into future generations of spectators and practitioners. Tatjana Corniq as fellow poet Anna Akhmatova brings further power to the overall theme of protecting the poet’s work and life, and has an especially powerful scene as she seamlessly self-accompanies on the accordion - circling the playing space as she delicately recites a tribute to Mandelshtam’s work through the playwright’s beautifully rendered narrative gaze that reveals Nadia Mandelshtam attempts to piece together Osip’s fraught legacy. 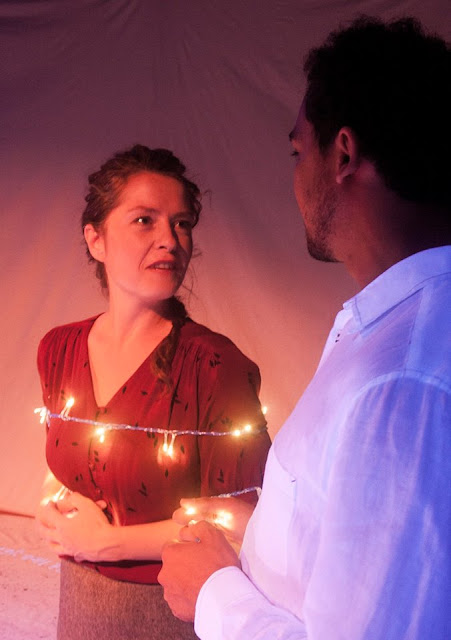 Osip Mandelshtam, played by Omar Hady, is brought to life with physical agility and poetic exuberance. Hady never misses a beat in a relentless and moving tribute to the artist’s belief in how personal politics often become integral to the poem. His physicality and his fervor are matched by two performers who must constantly remind him of everything that is at stake, giving the overall script a timeless quality regarding the powerful position of women within major political struggles.

My seat at the corner of a circle, beside a frequently illuminated puppet screen, gave me a very special and enlightening perspective. I could see the stage manager manipulate the puppets while the back stage actor sat in a chair and recited the puppet lines. Capraru added the puppets to the show, as well as the simple inventive string of lights that added intimacy without breaking the Ortho shul tradition. These touches gave the script added and highly effective layers of theatricality. As a single audience member unintentionally allowed to watch the mechanics of this approach, I felt the script come alive in complicated ways that could be developed in a larger production. Further use of dance like movement, evocative back lighting for the puppetry, and simple lighting gestures throughout, coupled with elements of the exposed back stage goings on could move this hour long show into a full length inter-disciplinary piece highlighting many art forms as connective tissue to the primary art of the poet that inhabits the script.

More of Mandelshtam’s actual poetry, interspersed with work from Akhmatova, could flesh out the poetic plot lines. And the life of the poet did seem at times overly condensed to fit the hour long requirements of the fringe festival. And yet sixty minutes, in the hands of a sensitive playwright attuned to the arduous journey of his subject, mixed with the insights of a brilliant director who knows how to make poetic dialogue come alive through physicality and direct, simple stage business, rendered this tribute to a highly gifted and highly politicized poet a very special moment that reveals the power of theatre and the power of words.


for more information on the life & work of Osip Mandelshtam go to: http://www.poetryfoundation.org/bio/osip-mandelstam

for informaiton on the work of Rafi Aaron go to: http://www.rafiaaron.com/
Posted by bette at 8:20 AM No comments: