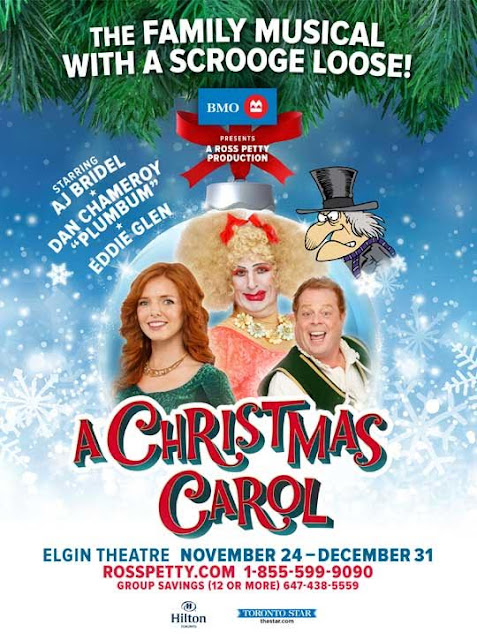 The 2017 instalment of Ross Petty Production’s pantomime - A CHRISTMAS CAROL - is a non-stop laugh filled ride through a beloved seasonal narrative - with a contemporary twist that takes us from the indecisive chill of Canadian weather to palm-lined, sunny Jamaican shores. The geographic, fantasy-filled shifts allow for comic and musical narrative citations including Bob Marley - among others...

Combining topical humour with a well-known story, and sprinkled with gender crossing roles, the origins of pantomime, dating back to Commedia dell’arte and beyond, Ross Petty productions A Christmas Carol offers a relatively well-rounded menu of pantomime delights. Audience participation and faintly bawdy humour find a place in this mixed bag of all-ages fare. 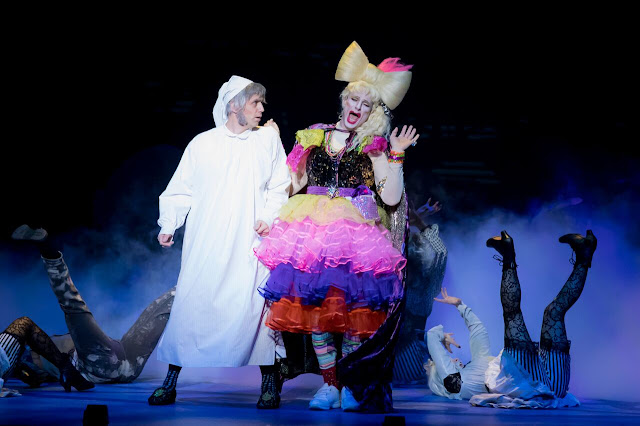 My bias within this variety of iconic performance would be the drag role. A CHRISTMAS CAROL not only rises to the occasion, it makes the ‘drag queen’ into a star turn that holds the overall narrative together and paves the way for a virtuoso performance by Dan Chameroy as the beloved Plumbum.

A cross between an aging TInkerbell and Dame Edna Everidge, Chameroy’s stage agility and immense musical skills give the character an incredible depth and loveable mischief maker appeal. Plumbum becomes a kind of gender bent ‘Everyman’ figure who both defies and defiles gender in a loveable bumbling manner, and gets his/her romantic quest included in the action by the end of the pantomime with a kind of diverse panache. 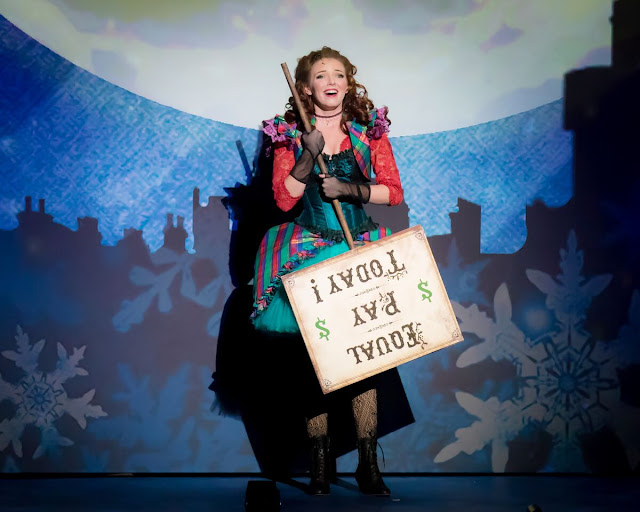 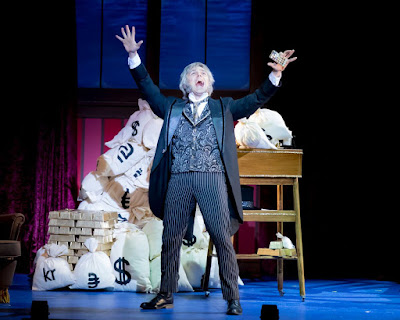 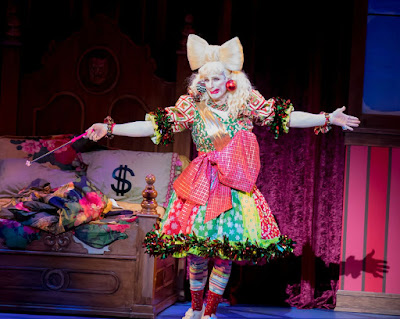 One Toronto reviewer has made a strong point by suggesting that the gender diversity needs a great deal more balance here, and one might add that this much needed balance could extend to the gender relationships where women playing men might couple in a more complex manner, giving the overall story an almost Shakespearean comedic presence along the lines of Twelfth Night or As You Like It. This could expand both the musical and storytelling aspects of these productions and afford a more layered effect for both children and adults to enjoy. 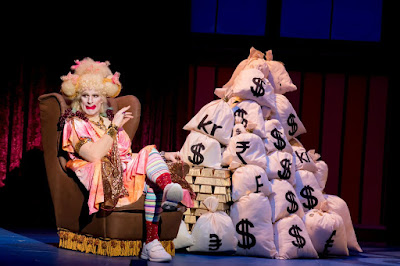 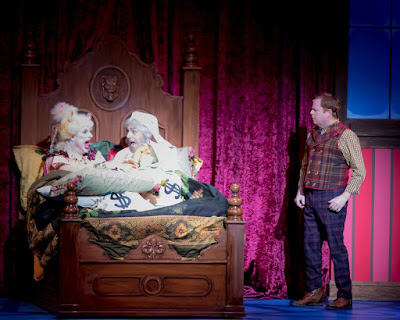 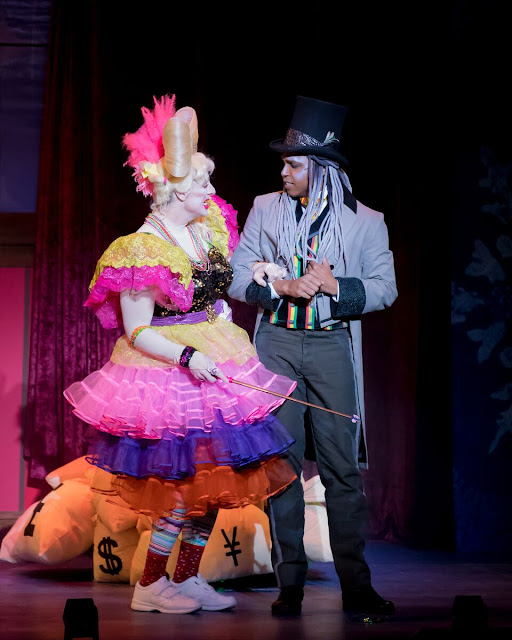 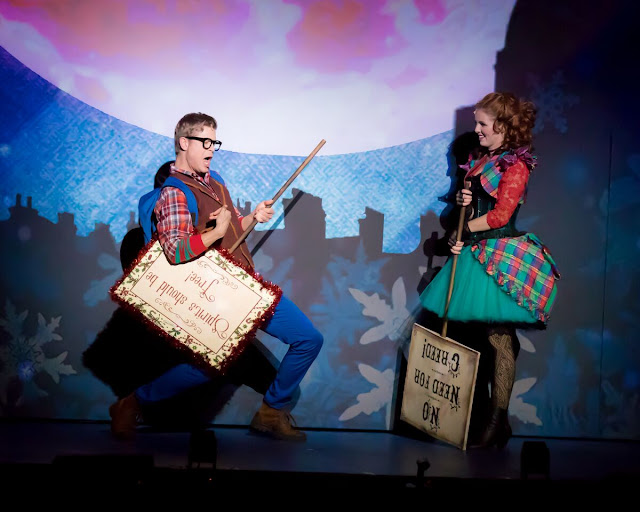 KYLE GOLEMBA AS JACK  (WITH AJ BRIDEL) AS JANE

A CHRISTMAS CAROL
RUNS AT THE ELGIN THEATRE
UNTIL DECEMBER 31
Posted by bette at 7:52 AM No comments: