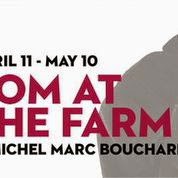 When Tom travels to the country for his lover’s funeral, he is seduced into a family’s savage game of desire, secrets, and fantasy. Unable to reveal his true relationship with the deceased Tom is caught between comforting his lover’s distraught mother and appeasing his violent brother. In their grief and frustration Tom discovers an elaborately woven fantasy life created to cope with the darkness of their family history. As he is drawn deeper into their dysfunctional torment, the lines between truth and fiction becomeindistinguishable and lust and brutality merge. 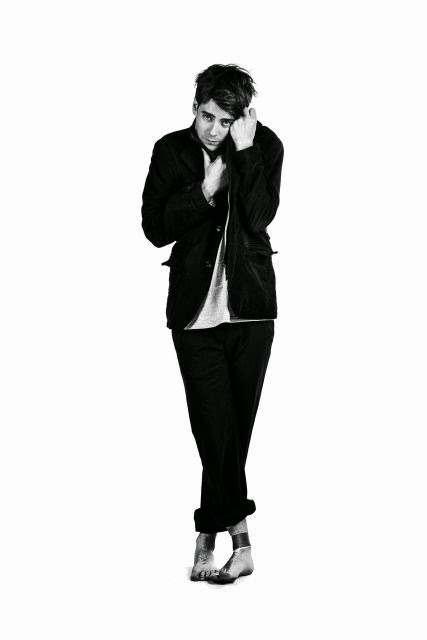 This monumental production will mark the Tom at the Farm’s English Canadian premiere. It has been presented in the original French in both Quebec and France, translated intoseven different languages, and was recently adapted for the screen to much critical-acclaim by Quebecois director Xavier Dolan. A major French Canadian work, this gripping psychological thriller takes on new significance at Buddies, the world’s largest queer theatre.
A MASTERFUL EXPLORATION OF LOSS AND LONGING

A thrilling landmark for Buddies in Bad Time Theatre, this production brings Michel Marc Bouchard’s work to the Buddies stage for the first time.

Written by one of the country’s most distinct theatrical voices, Tom at the Farm offers a haunting portrait of grief. Set amid the starkness of rural Ontario, the farm’s inextricable connection with life and death is juxtaposed by social discrimination and deception.Bouchard’s darkly visceral script expertly teases apart multiple layers of half-truths and imagined histories in a twisted cat and mouse game between Tom and his lover’s brother.

Their enigmatic relationship uncovers the overlap between lust and violence, grief and desire to reveal our darkest human impulses. At the vanguard of cultural conversation,Buddies is honoured to share this exhilarating exploration of shame and deceit withToronto theatre audiences.

ESTEEMED FRENCH CANADIAN PLAYWRIGHT SHARES HIS WORK WITH TORONTO AUDIENCES
Michel Marc Bouchard is the author of over twenty acclaimed works that have been produced the world over. His bold and visionary works have been staged internationally and have garnered many awards including the National Arts Centre Award, Betty Mitchell Award, Prix du Journal de Montréal, Primo Candoni (Italy), and SACD (France). Much of his work has been adapted for film, including his Dora and Chalmers Award winning play Lilies, by Toronto-based filmmaker John Greyson. He received four nominations for the Governor General’s Award for literature, including one for Christina, The Girl King, which just received a three month run at the Stratford Festival last fall. A much sought-after playwright, Bouchard’s most recent work, The Divine: A Play for Sarah Bernhardt, has its world premiere at the Shaw Festival in July.
Bouchard has been writer-in-residence at Théâtre de Quat’Sous and Théâtre du Nouveau Monde in Montréal, New Dramatists in New York, the Banff Centre for the Arts (Alberta), the Festival de Limoges (France), Teatro della Limonaia (Florence) and Teatro d’Argot (Rome). He is an Officer of the Order of Canada and Knight of the National Order of Quebec.
Buddies in Bad Times Theatre presents
Tom At The Farm
by Michel Marc Bouchardtranslation by Linda Gaboriaudirected by Eda Holmesstarring Christine Horne, Jeff Irving, & Jeff Lillico set design Camellia Koocostume design Michael Gianfrancescolighting design Rebecca Picheracksound design John GzowskiPreviews: April 11, 12, 14, & 15
Opening Night: April 16 | Closing Night: May 10
Runs: Tues-Sat 8pm, Sun 2:30pm
Tickets: $20 - $25 until April 10 | Regular Price: PWYC - $37
Box Office 416-975-8555 or buddiesinbadtimes.com
Buddies in Bad Times Theatre, 12 Alexander Street, Toronto ON

- - - -
Established in 1979, Buddies in Bad Times Theatre is Toronto’s leading destination for artistically-rigorous, alternative theatre and a world leader in developing queer voices and stories for the stage. Over the course of its history, it has evolved into the largest facility-based queer theatre company in the world and has made an unparalleled contribution to the recognition and acceptance of queer lives in Canada.
Posted by bette at 9:07 AM