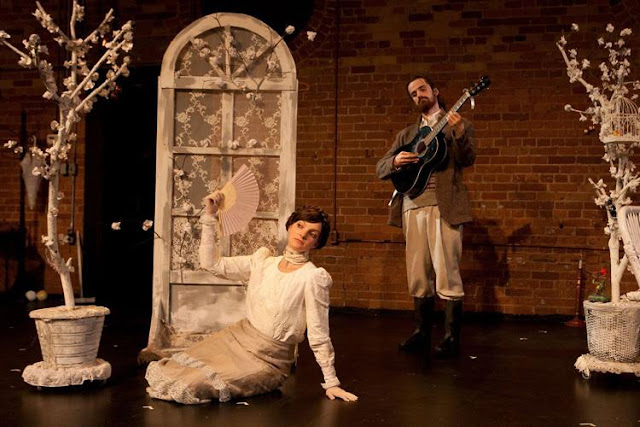 The Chekhov Collective’s The Cherry Orchard

The current production of The Cherry Orchard takes a light-hearted look at heavy-hearted sentiment and camaraderie in the midst of a crumbling family empire. Anton Chekhov’s lifelong preoccupation with familial ties that bind unravel then bind again in the midst of social turmoil finds itself elegantly staged in the Canstage upstairs space on Berkeley Street, running until February 14. And Valentine’s Day seems a fitting closing date for a script that bears one of the most humourous, annoying, frustratingly romantic beginnings, denouements, and climaxes in the history of theatre. 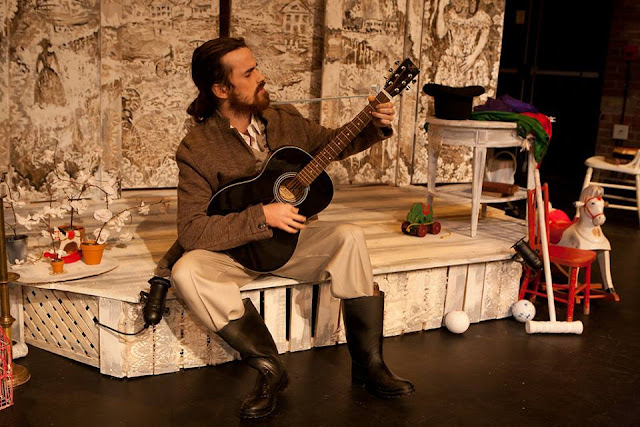 Varya and Lopahkin - played with contrasting dispositions - play out Chekhov’s teasingly torturous trio (man, woman, real estate) with a fine mixture of attraction and distance that unfortunately lacks a kind of smouldering sexuality that might have added a little titillation to the drama.  Nevertheless, Llyandra Jones as Varya does represent a strong, studied, suitably staid commitment to family that her fate demands, while Andrew Pogson’s Lopahkin consistently - with vigour and lightly played inner turmoil - casts the necessary light-hearted, land grabbing tone to the overall narrative. 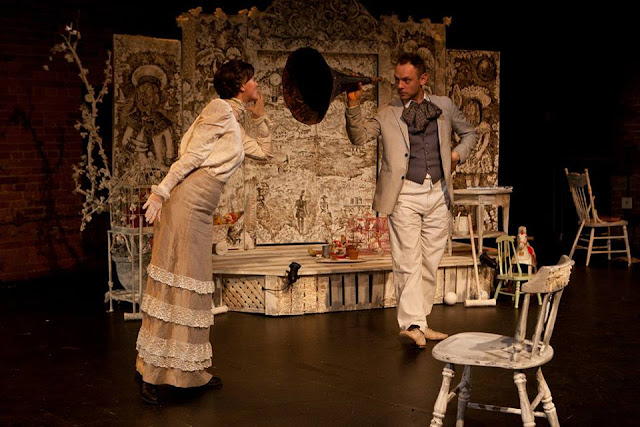 Rena Polley as Lyubov Ranevskaya, the stubborn, hapless, gaily guarded matriarch gives a lovely varied performance as she moves in and out of denial and financial frivolity until the bitter end. The strongest performance, from the smallest role, comes from John Gilbert as Firs, the loyal servant. His final lines are delivered in a fading block of light beside a makeshift stage that serves throughout as a kind of meta-prop framing the action from start to finish. Director Dmitry Zhukovsky gives this iconic final class conscious moment a wonderful twist by turning the gaze upon the departing characters as their subservient and beloved Firs delivers one of Chekhov’s infamous anti-climactic cries from a lost and lonely world. Gilbert takes on the role with a paradoxically dazed, beautifully executed dignity. He wanders throughout the action, simultaneously taking in and shutting out the small world he inhabits, ultimately punctuating the syntax of a particular cultural grammar that has loved him, left him, and sentenced him to a lifelong lament that reveals his chosen family to be nothing of the kind. 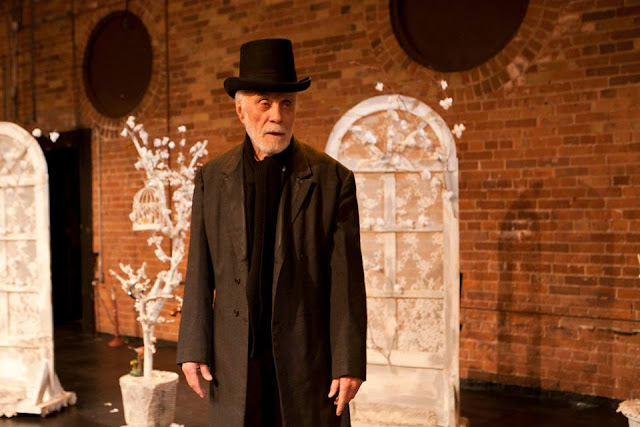 And yet the action retains the light comic tone the playwright insisted upon when he exclaimed “But it’s a comedy” – insomuch as the greatest material tragedies of our lives are often filtered through the banal seemingly inconsequential trappings of small daily conversation and socio-economic, culturally inclined control. Dimitri Khilchencko’s beautiful garden set places numerous set pieces, occasional chairs and the solitary pivotal bookcase within a scattered maze of elegance that foreshadows an empty house, all the time graced by the patchwork stage-cum-gazebo like creation that Firs ends up in by the end. The brushed whitewashed tone of the set and the moving screens allow the actors to freely play at characters who are never quite sure where they are or where they have been. But they all end up in the same emotionally challenged place – the free floating class struggle that hides its funny, lavish ruthlessness behind expensive furnishings, sumptuous clothing, and money to burn in a forest of beautiful blossoming trees that becomes obsolete at the end of the day… 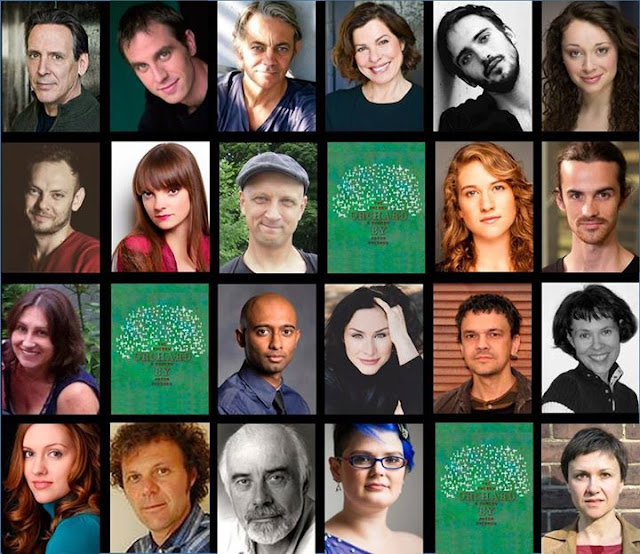 The entire ensemble is a tightly balanced study in Chekhovian humour and melancholy. Don’t miss this movingly comic production as magic takes the stage and pulls tricks out of sleeves that become both sad and happy.

Until February 14th, Berkely Street Theatre, Upstairs
Posted by bette at 9:52 AM