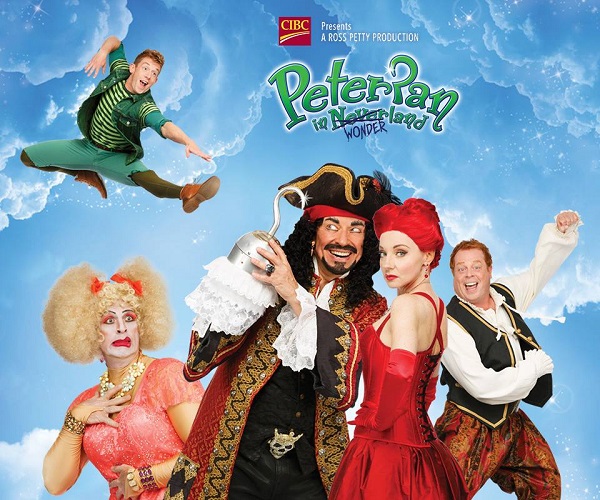 Ross Petty’s last panto, after twenty years of seasonal family entertainment at the Elgin, is a superb example of broad socio-comic pastiche gracing the stage of one of Toronto’s most beautiful theatre’s. It has everything a child, and an adult, could wish for. Campy titillation with the most fabulous diva-esque Tinkerbell imaginable at the helm of classic panto stock characters in a postmodern milieu – who could ask for anything more. 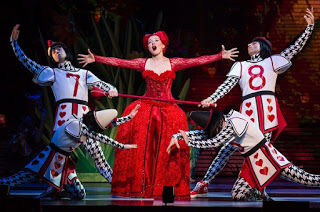 Giving away Tinkerbells’ refashioned name would require a giant spoiler alert. Suffice to say, Tink manages to bring transgendered, gay, drag and oh so many queer classic qualities together with fabled hetero-norma-nativity’ish (new word!) scenes in a raucous and thoroughly entertaining manner. Dan Chameroy’s turn as the great big irresistible fairy is a fine study in comic artistry.

The whole cast shines, with standout performances by Jessica Holmes as The Queen of Hearts and Lamar Johnson as The Mad Hatter. Anthony Macpherson’s Peter is an effortless and acrobatic feature as he masters the art of flying, singing, and doing a particularly astounding feat with a jump rope on the floor. The whole ensemble creates a tightly synchronized glorious romp from start to finish. The first act may be a bit too long, but the second half clips through to a wild and wonderful game show finale. Spectacular projections by Ben Chaisson and Beth Kates – replete with unabashed and entertaining product placement – are beautifully foregrounded by Michael Gianfrancesco’s fabulous and complex set and costumes that dazzle throughout as lush hedges, vivid dancing playing cards, and comely crinolines race across the stage in breakneck precision.

There are too many skilfully crafted cornfed crowd pleasing jokes - essential to the fine art of pantomime - to mention. But Stephen Harper, recent TTC streetcar renos, and a cast of Canadian celebrities take the pant-parodic heat in a comic and scathing manner throughout. It is an evening fit for layered family fun that skilfully blends playful bawdiness with pure youthful fun as an audience well versed in Ross Petty’s talent for steering, both onstage and off, this Toronto tradition through two decades of pantomiming perfection . 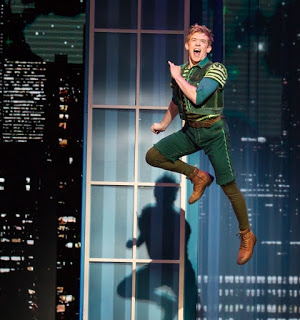 And of course, Karen Kain, a member of the original cast of the first Petty pantomime, was in the opening night audience to have her partner in Canadian prime time point out, during the curtain call, that perhaps she should have stayed with the panto cast instead of going on to have her own fabulous career as a pointy toed prima ballerina. It was all good fun, and the opening set of a panoramic Toronto skyline made it feel somehow shockingly apocalyptic and cosmopolitan in an era of endlessly rising condo towers, expressway deterioration, and Yonge Street sinkholes. And combining it with an Alice In Wonderland down the rabbit hole supra semi sub narrative, well, it was all such a glorious meta-panto to be enjoyed and to be reckoned with. 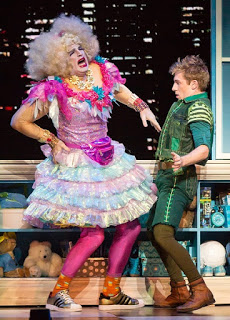