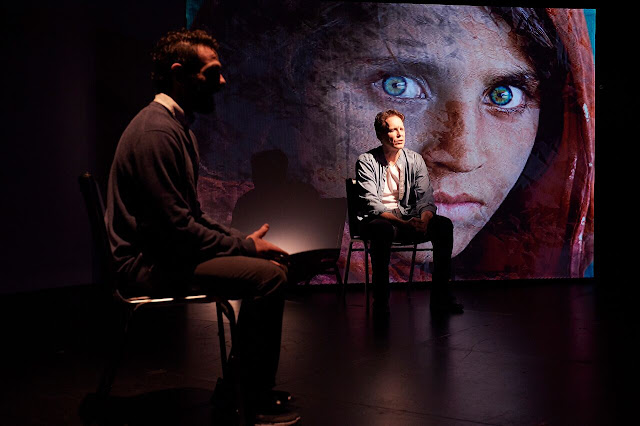 “to take a photograph is to participate in another person's mortality, vulnerability, mutability. Precisely by slicing out this moment and freezing it, all photographs testify to time's relentless melt.”
― Susan Sontag, On Photography 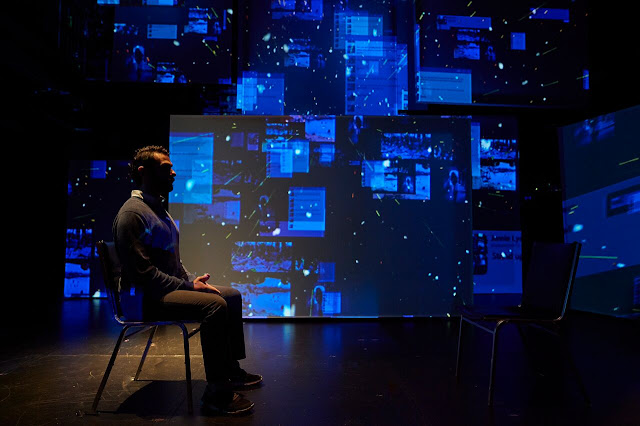 In the current production of Theatre Gargantua’s Reflector the notion of “time's relentless melt” that Susan Sontag spoke of in her controversial text On Photography (1973) appears as a series of overwhelming screens that continuously present some of the most distressing and iconic photos in contemporary history. They are not easy photos to view, and the many assertions throughout the script regarding how these photographs affect history and consciousness, and our ability to resist and work against the violence of war, mass migration born of political conflict, and all of the ensuing issues, create an engaging and arresting eighty minutes of complex, socially conscious theatre. 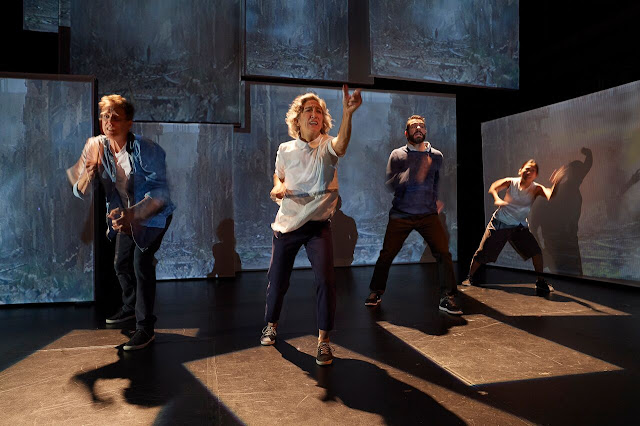 Gargantua’s signature physicality, integrating elaborate choreography into the action, varies the program with intense moments that respond to the violence of the background image, and yet the integration, unlike other Gargantua productions, does not meld into the action and the text as seamlessly as it might have. There are notable exceptions when intricate hand and body movements take photographs being represented on a series of illuminated hand held devices and turn them into a somewhat harrowing, relentless, and very effective representation of the use of the image as it inundates the senses and ultimately cannot be avoided - or fully comprehended - by the human eye. 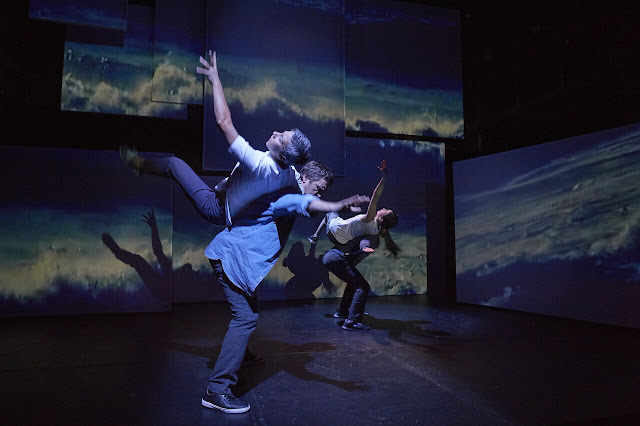 The four character ensemble takes on the physical and vocal challenges with great skill with a standout performance by Michelle Polak as a woman tackling her exceptional yet frequently problematic ability to remember absolutely everything she experiences. She becomes a distressing yet engaging counterpart to the camera itself as her persona becomes entrapped within a reservoir of even the smallest, relatively insignificant details of her daily life. 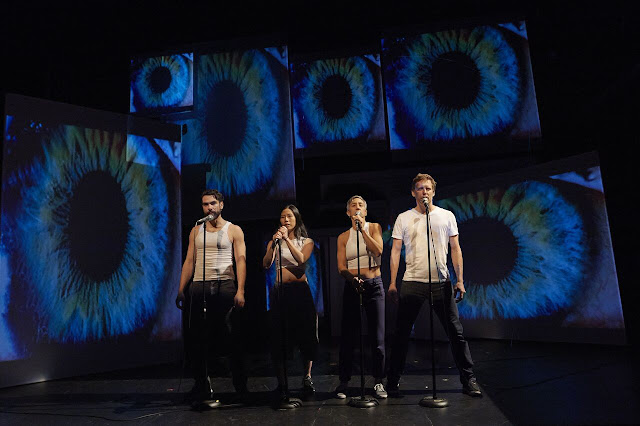 Michael Spence as the photographer suffering from his exposure to his own photograph of a war-torn street, and a lone inhabitant, delivers a profoundly moving monologue that dissipates a little through a cliched ending, yet brings the overall piece to a sobering conclusion. There is no resolution, there are only photographs, and memories, and neither has the capacity to tell the full story. 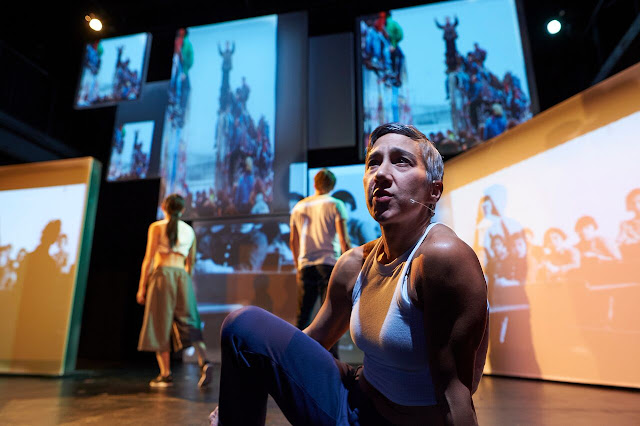 Louisa Zhu brings a fine intriguing & interrogating light to the photographers gaze as she presents a character in search of the man who created the image, while Abraham Asto gives a very effective and finely measured performance as a therapist in search of a way of aiding the beleaguered individuals who have found memory and  images from the near and distant past to be complicated, problematic human phenomena to be tackled and resolved on a daily basis.

“Although we had initially been prepared to embark on a completely different project, this remarkable incident two years ago inspired us to change our course and instead explore the extraordinary power of images and how and why they can affect us in the profound way that they do.”
Jacquie P.A. Thomas & Michael Spence 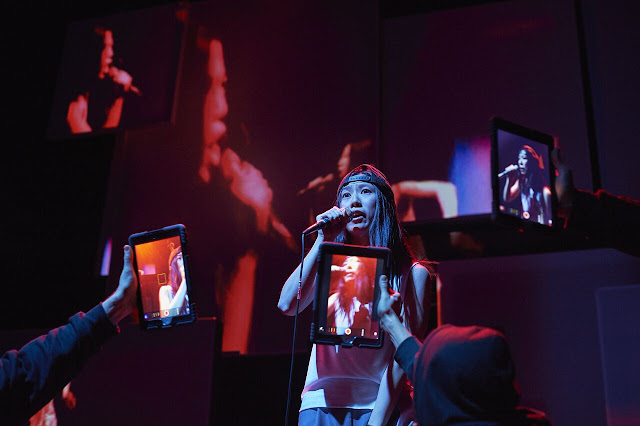 Although there are times when the opacity and inconclusive nature of the script may appear to be a flaw in this production, one may choose to see the ultimate product as a reflection of the very opacity and inconclusiveness of a photograph - as it may attempt to reveal everything and yet, in the end, say very little about what we are able to do - in the face of human conflict - in order to stop the atrocities that some photographs record.