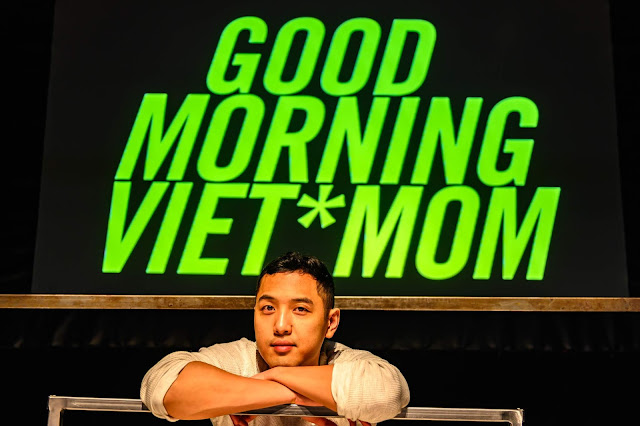 In a world where Hannah Gadsby is heralded for her authentic and brilliant mix of standup comedy and heartfelt, often tragic, storytelling, Franco Nguyen's GOOD MORNING VIET MOM is a welcome addition to the genre. This solo show, a Cahoots production, is a poignant and hilarious examination of the ways in which a young man in his twenties has come to the realization that his mother is far more complex and worthy of sympathy than he might have realized as a child.

Sympathy moves back and forth throughout, between mother and child, father and son, coming to no full resolution perhaps due to the fact that the individual inquiring and examining is still very young, very inquiring, and very skilled in the art of combining genres. At 31, the circumstances of his parents lives have begun to come poignantly and hilariously clear to him within the past six to ten years as he examines, through film and narrative, their struggles, their adventures, and their misadventures. Their lives as immigrants leaving Vietnam after the war are woven throughout the hour long show, directed skilfully by Byron Abalos, as Nguyen is guided through a minimalist set, combined with video projections, giving the overall experience a strong multimedia/multi-emotion complexity. 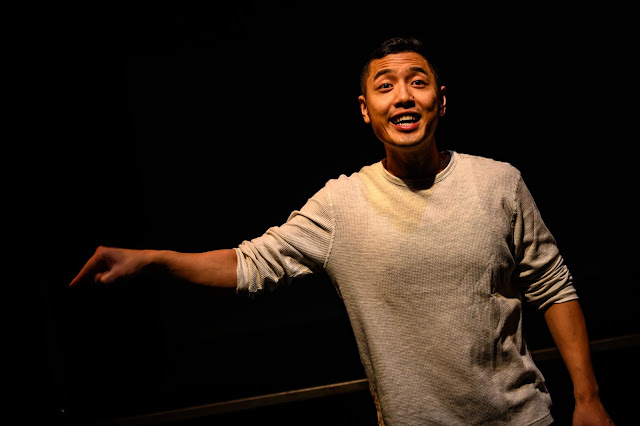 Nguyen has an immediate onstage charm, infused with a quirky physical and emotional bravado that both strengthens and makes vulnerable his position within the narrative he weaves. His timing is seamless, with effective repetition and pauses that simultaneously heighten the comedy and the audience awareness of the heartfelt queries of a young man digging deeply to understand a complex familial past. Moments of video interaction provide both comic and poignant moments as actual family members speak to the issues at hand, and represent an at times moving, at times comic, rapport with the central onstage character.

And yet the nature of standup, when it is combined with prolonged storytelling, frequently calls out for a bit more narrative throughout the monologue to counterpoint the snappy millisecond form of the jokes and one-liners. The title character of the mother, playing on the Robin Williams film title, could use a little more detail and empathetic play, perhaps referencing the idea that the title suggests - a plea from the front of a historic conflict that has scarred global consciousness and highlighted North American complicity in profound and lasting ways. 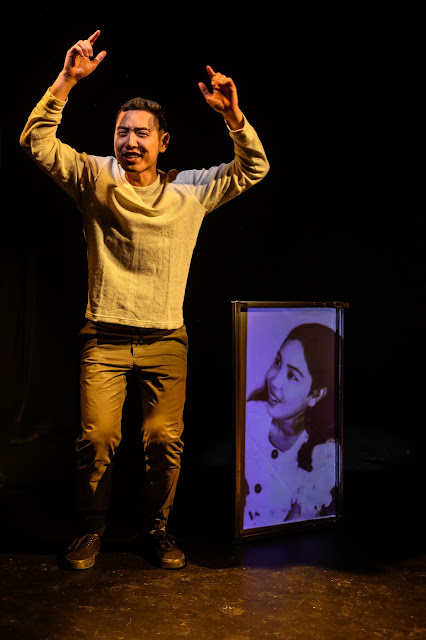 The father character moves in and out of extremely conflicted moments that may never be fully resolved, yet find semi-solace in a very poignant section. This is both a valued strength and a necessary weakness of a show and a young life that move into a theatrical form whereby testimony, comedy, and resolution are always in flux, always in question. Nguyen's entrance onto the standup comedy/storytelling stage is a promising and highly entertaining theatre event within a mixed genre that needs as much diversity as it can get through the stories of Canadians still marginalized by stereotype and complex forms of racism and xenophobia.

An early section finds extremely funny moments regarding Hollywoods ongoing penchant for reducing Asian characters into a generic brand that fails to distinguish between specific ethnicities. Matt Damon's questionable role choices become a playful-cum-scathing moment of great 'fun.' At times the 'joke's dig very deeply into stock stereotypes, frequently playing uncomfortably with some of the most cliched and problematic racialized sentiments. And of course, this is perhaps the prerogative of the performer's subjectivity, while more detailed examinations of those jokes projected onto/written into that subjectivity could go a little further into a kind of hilarious analytic comic adventure - moving further into that stereotype and attempting to explode its origins.Good Morning Viet Mom is a layered and engaging beginning for a career and a story that has many more components to explore. 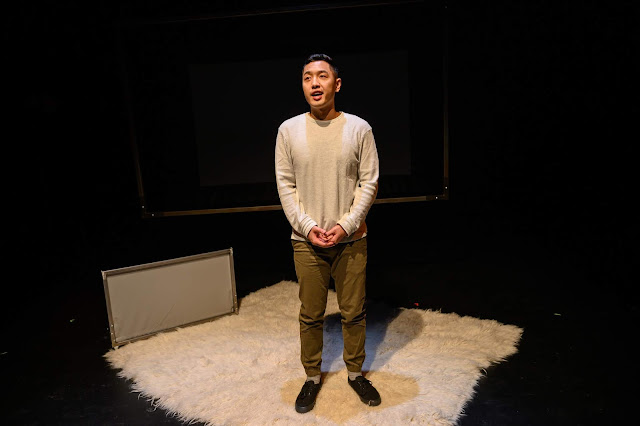 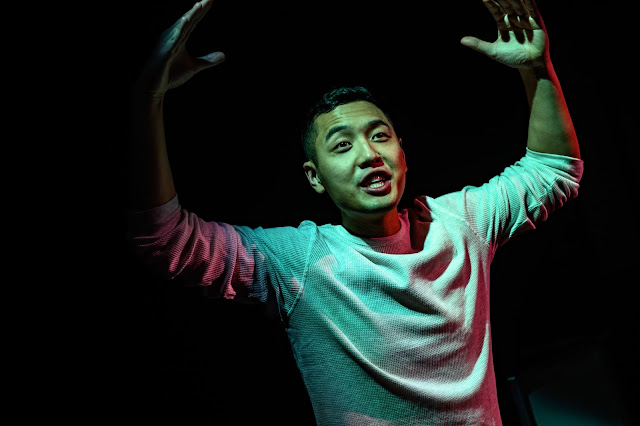 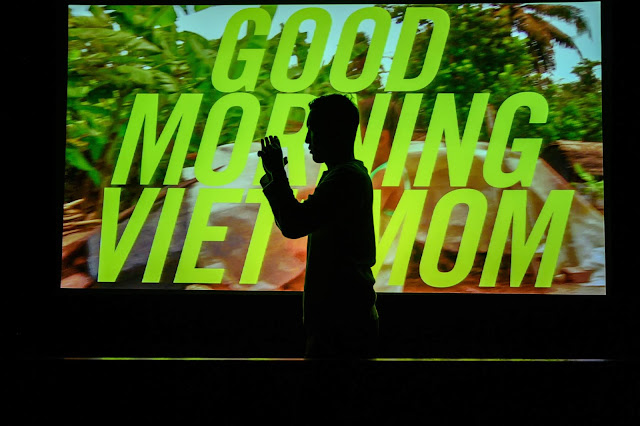 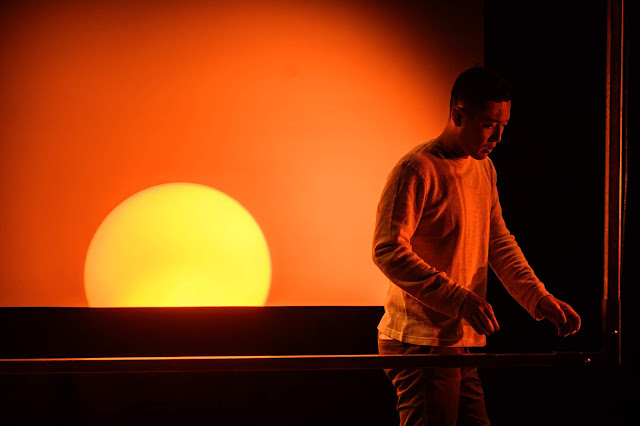 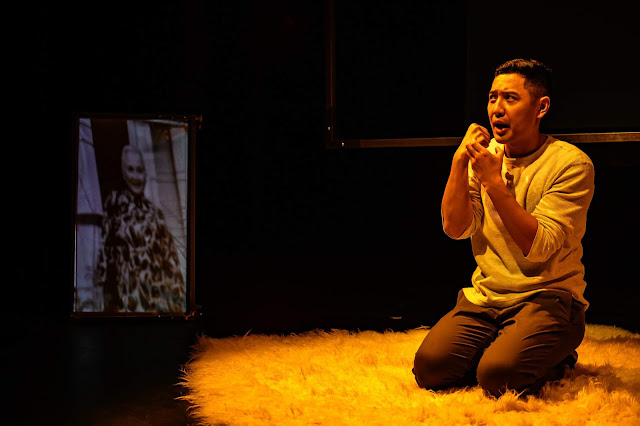 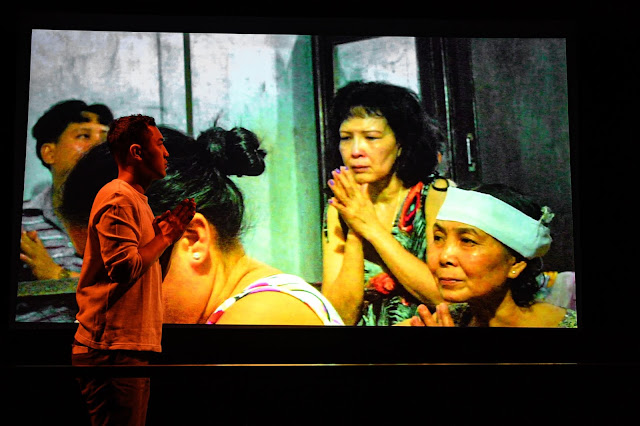 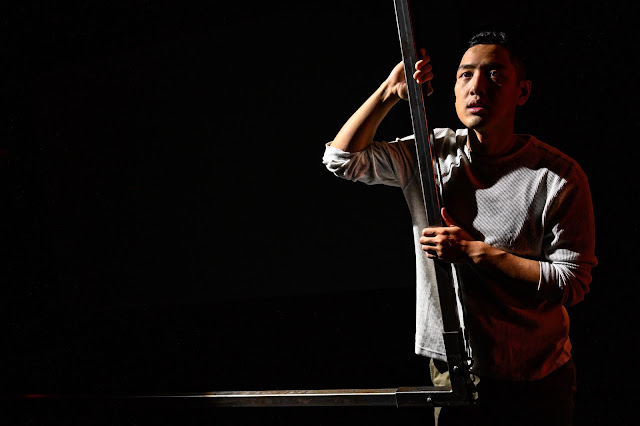 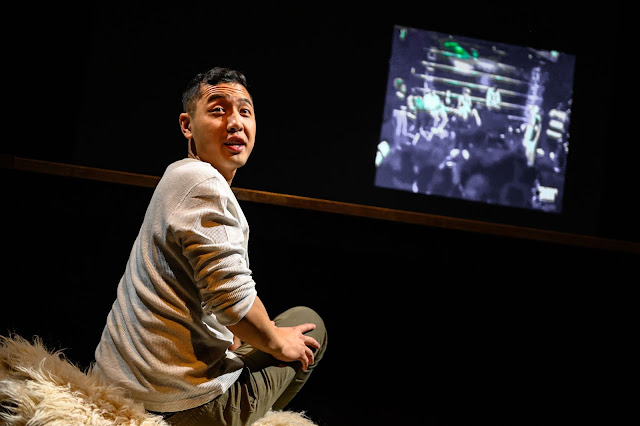