"Inspired by Christopher Dewdney’s Award-winning book Acquainted with the Night, WORLD AFTER DARK explores the relationship of the physical and metaphorical night. From the three stages of nightfall to the science of the cosmos; from the birth of nightlife to the empire of dreams; from the biology of nocturnal creatures to the mythology of the night sky, Dewdney’s compelling poetic reveries and scientific explanations journey us on an epic voyage through the mysteries of night." 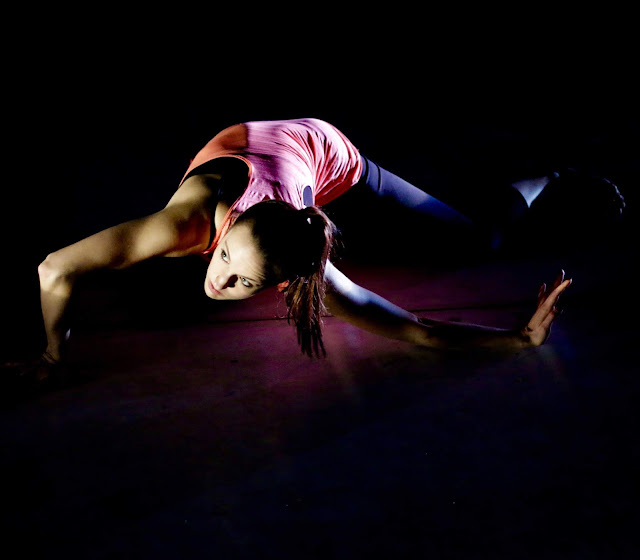 db Could you talk a little about your first response to the Christopher Dewdney book, and some specific examples and/or aspects of the writing that may have inspired the movement from the writing to the dance performance...

sl Dewdney’s text is comprised of 12 chapters, each associated with an hour of the night. He begins on a hypothetical night at 6pm (sunset) and ends at dawn. The ground he covers in between is rich in poetry and scientific fact about all things related to the night.

I was first drawn to the chapters about nightfall, dreams, insects, bedtime stories, nightlife, and demonic possession. I selected excerpts of the text from these chapters and used the words as inspiration for generating movement material that I then shaped into scenic episodes.

db Could you describe some of the images that manifest in the choreography, as representations of the themes that run through the Dewdney book, and how you personally and professionally responded to those images and themes...

sl The night-inspired themes I was most compelled to explore were about transformation, emancipation, desire and mystery.

For example, I was drawn to the image of the Luna Moth and its biological imperative to travel toward light. Moths are of course symbols of metamorphosis and so the moth’s choreography is full of effort and becoming. I discovered that long exposure photographs of moth trails under streetlamps at night revealed their extraordinary pathways of travel toward light.

Another image in the work is that of the nightclub cabaret. Dewdney’s text suggests that at night we can transform into our ideal identities. I was interested in this notion because it evokes the question: What permission does the night grant us that the day denies us? The nightclub scene and all of its physical comedy was a lot of fun to create.

db The ideas expressed in the brief description of the dance performance (above) are intriguing - has your work explored similar themes in the past around "nocturnal creatures" and "the mythology of the night sky" and "the mysteries of night..."

sl In 2012 I created a short duet called ‘The Den’ that explored the subconscious animal and its effect on our ability to relate in a highly civilized world. My choreography has always been interested in the physicality of the animal body. These images arise often in my work and I enjoy exploring physical material that moves us through both the instinctual and intuitive aspects of our humanity.

db How are "the three stages of nightfall" represented in the work, from a choreographer's perspective? For example, are there particular moments and pacing that reflect each stage of nightfall...
sl I love the way that dance offers the possibility of presenting ideas as embodied action and metaphor. This work is full of symbolism conveyed through the body as well as through the poetic text of Dewndey’s essays. In the show, night is personified as a woman. At nightfall she arrives in a world where she has been forgotten. 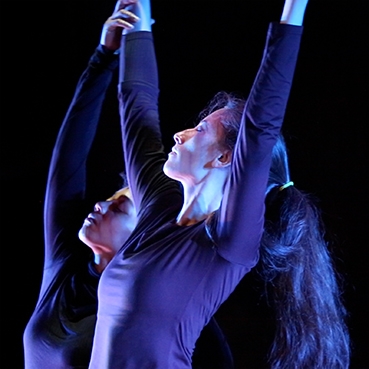