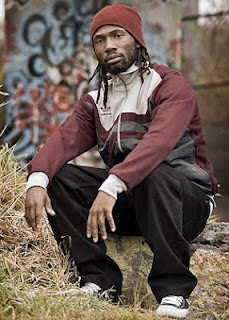 “Dance speaks to the mind, body, and soul in a way that goes beyond the power of words and its social impact and its capacity to engage should be celebrated. As an art form dance can be impressive but expression is its fundamental nature.” 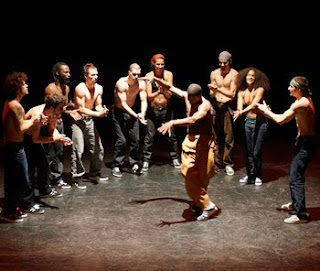 “Dance to express! Not to impress.”

The DanceWorks presentation of Bboyizm at the Enwave Theatre was a daring and explosive confrontation between audience and artist that pushed the boundaries of theatrical expression - through dance - to the edge of post-modern consciousness. Ranging from ensemble sequences to a series of starkly presented moving tableaus of solo artists displaying beautiful athletic movements, the program also included snippets of cultural theory and a Hollywood Musical sequence in order to expose and highlight the gorgeous mixed bag of choreography, discourse, and powerfully improvised physical gesture that complex forms of street dance can embody. 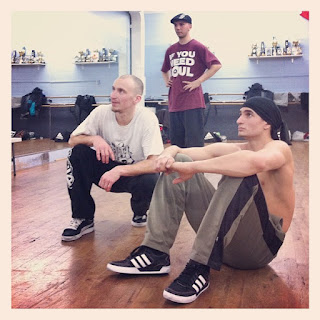 At one point during the program words take over and movement subsides as dancer and founding member Crazy Smooth, with a finesse for a direct verbal expression of cultural theory, addresses the “authenticity and historical understanding of his medium.” Later in the hour-long presentation a brief 1971 black and white television clip from Canada’s Pierre Berton show appears and the audience is given a glimpse of a rare interview with Bruce Lee where he clearly articulates his philosophy of martial arts. In the context of Bboyizm, Lee contributes a layer of discourse that explicates an essential impulse within street dance. Lee discusses the need to express one’s self through forms of anger and determination as an art from - “the art of expressing the human body.” He concludes with the very telling notion that “to express one’s self honestly is very hard to do…to keep your reflexes, when you want it it’s there!” Like Lee’s philosophy, Bboyizm’s general mandate appears to be an honest expression of one’s self through aggressive and empowering movement. 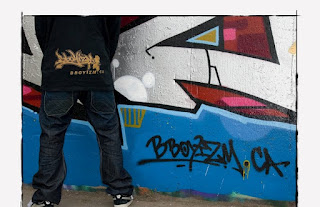 As a profoundly urban expression of movement as art, street dance has had a long history rooted in forms of cultural marginalization and popular entertainment. As the first artist to receive Canada Council funding for this form of dance, Crazy Smooth, in his current show, elevates aesthetic consciousness around the divisions between more traditional forms such as ballet and Broadway choreography. By including a recording of Judy Garland singing That’s Entertainment - replete with break dance movement interspersed with classic kick lines, followed by balletic pirouettes and leaps - Bboyizm hits the cultural context head on and reveals the layered skills of the dancers as they take on a diverse array of choreographed and improvised movement. Audience response and ensuing applause becomes an eager, staccato effect that hesitates, explodes, and ends in standing ovation - generally morphing in and out of telling moments tinged with a kind of awkward comfort between artist and spectator.

Designed to inhabit a theatre through evocative lighting and costuming, yet tear away at the boundaries of conventional theatrical presentation, the overall show is a truly boundless exercise in immense skill and artistic talent as it takes on iconoclastic proportions.

Described as “a challenging piece both for the dancers and the audience…that brings together 10 of Canada’s most talented performers to evoke the essential nature of street dance,” IZM is a very complex piece of performance that simultaneously flirts with tradition and brazenly resists it. Through direct audience address via facial expression, and moments of physical hostility that speak indirectly of Bruce Lee’s philosophies regarding the aesthetic expression of anger and determination as a very controlled and impeccably-tempered art form, the name and the term Crazy Smooth becomes a concise signifier for the diverse rhythms being presented by ten incredible artists. 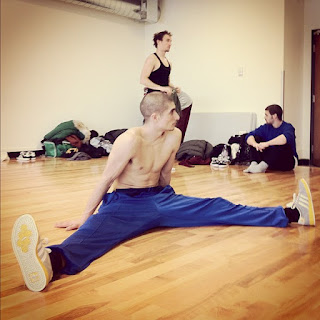 “Dance to express! Not to impress.”

As the entire ensemble of dancers shine in solo and group segments, the company creates a paradoxical union of the impressive and the expressive that both belies and clarifies their general mandate. Putting the human body on display often involves an essential, unavoidable meeting of physical and emotional schisms that cannot help but come together in a variety of complex ways - Bboyizm does just this with a breathtakingly beautiful and action packed athleticism.

Perhaps Bruce Lee said it best in the full version of the 1971 interview when he remarked that his chosen art form cannot be perceived as “pure naturalness.” Rather, like street dance, his measured and intricate movements embody a kind of “natural unnaturalness” - a superb form of “unnatural naturalness.” Shot through with an elegant virtuosity that dazzles the eye and mind with a frequent array of seemingly impossible bodily contortions, Bboyizm is an amazing Canadian cultural tour-de-force within the world of dance.