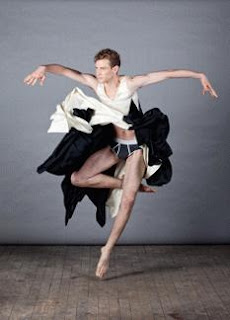 You're a teaser, you turn 'em on
Leave them burning and then you're gone
Looking out for another, anyone will do
You're in the mood for a dance
And when you get the chance...

You can dance, you can jive, having the time of your life
See that girl, watch that scene, diggin' the dancing queen

Are we ever really happy if we don’t hear ABBA’s Dancing Queen, or at least read the lyrics online, at least once a week? Perhaps this is an unanswerable, unethical ‘gay’ query, given the much needed mode of omni-sexual identity that embraces everything from gay to lesbian, trans, bi, metro, and even the odd straight acting straight looking straight man who likes to dress up every now and then and promptly return to the suburbs without a frock in sight. But how does any of this relate to Sky Gilbert’s latest funfest on the nature of love, romance and post-modern queer entanglements? Not much. But it is divinely relevant to the essential premise of the ABBA lyric, “having the time of your life!!!!”

Dancing Queen, currently running at Buddies In Bad Times Theatre, and lusciously choreographed by the ever fabulous Keith Cole, is a beautifully strident and cunningly intricate piece of dramaturgy-cum-dance that borrows from old film scores and classic dance sequences in order to create entertaining and thought-provoking glimpses of gay relationships as they reach out toward a world of youth, clubs, dancing, drugs, and non-monogamous desire. 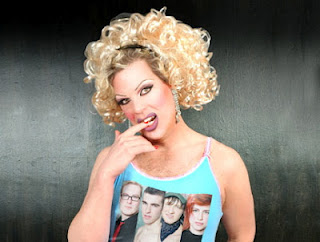 Gilbert’s knack for edgy fast paced dialogue, and his directorial prowess as an artist keenly aware of the detailed nuances of brilliantly physicalized conversation, shines in this production. He is blessed with a three-tiered cast that delivers his heart tugging conversational whimsy with the speed of light, coupled with a very insightful and moving look at three fags in search of a brand of romance that allows for fun and loyalty among the unfaithful.

As Alan, the neophyte newcomer, Nick Green’s witty, enthusiastic performance seamlessly presents passionate speeches about how ‘real’ relationships don’t allow for the kind of promiscuity that the some gay couplings embody. David-Benjamin Tomlinson as Bart is able to counter these pleas with a cool, convincing subtlety that makes him a very appealing, provocative, and sympathetic character despite the non-traditional sexual equation he lives by.

As Calder, Ryan Kelly crafts an incredibly nuanced performance both physically and emotionally. His writer character runs the gamut from Alan’s fumbling neurotic would-be paramour, to the compromised, love struck wise old fag baffled by a variety of internal conflicts. Bart's  career as a mathematician, Calder's role as an author, and Nick's desire to write, conspire to construct a metaphoric sub-narrative on the creativity and common sense that lasting relationships often rely upon.

As a vastly entertaining and comical adjunct to the script, Keith Cole’s choreography has the cast engaging, between dialogues, in silent, scored arrangements that strike one as a cross between vaudeville, musical comedy, and a Busby Berkeley extravaganza - except everyone has balls and there are no gowns or high heels, just men in boaters and summery clothing (beautifully designed by Sheree Tams) enacting everything they have been denied for decades by conservative elements of impolite heteronorrmative culture. A sweeping staircase and a variety of clever props by Andy Moro complete the dance sequences with iconic finesse. 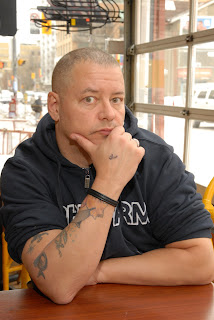 Gilbert hits upon a diverse array of social and political issues around queerness without ever really making the script into a ‘gay play’ - whatever that is. And this is perhaps the beauty of a show and a piece of writing for the theatre that strikes home in a queer'ish world where the specifics of sexuality are being subsumed under the cloudy horizon of an all-embracing form of queerness. All of the sexual equations he devises end up representing very wise, empowered, and ‘normal’ living strategies that grapple with big life questions around romance, fidelity, longevity, and ways in which we might consider including multiple love interests as part of our individual lexicons of sexual and romantic abandonment. What the play ends up giving us, in movement and conversation, is a lovely, warmhearted, sexy, tale about fear, love, and the pursuit of every body we desire.

Ultimately this two hour, one intermission piece of pure theatrical delight drives home the point that, paradoxically enough, we are as different and as similar to normative conjugal union as we allow ourselves to be. Gilbert deftly lays bare the structures we have been denied, and have sometimes resisted (i.e. same sex marriage), showing us that all of our lives can include all of the sublime, the ridiculous, and the joyful offerings anyone in search of a night on the town, in pursuit of the ideal dancing queen, has ever desired. 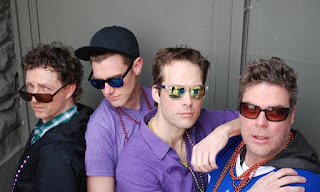