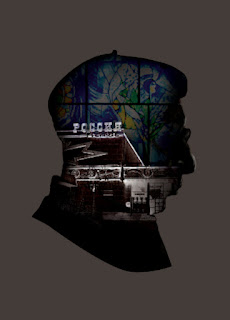 "The goal of my life is to unify serious music and light music, even if I break my neck in doing so."

"Music consists of tonal sequences, tonal forms; these have no other content than themselves. They remind us once again of architecture and dancing, which likewise bring us beautiful relationships without content."

Content and Form, from German Essays on Music, Eduard Hanslick, 1854


Igor Stravinsky has been credited with writing music that “electrified the 20th century.” The Art of Time Esemble’s ongoing commitment to assembling a wide variety of musical themes and styles, in Russia In Exile, and their varied seasons of diverse musical traditions from classical to pop, Italian opera, and jazz continues to electrify Harborfront’s music programming with  inventive and exciting performances by a range of the finest among Canadian and international musicians.

The recent run of Russia in Exile at Harbourfront’s Enwave theatre was a wonderfully eclectic evening of classical music, beginning with Stravinsky’s L’HISTOIRE DU SOLDAT: SUITE and ending with Prokofiev’s OVERTURE ON HEBREW THEMES: OP. 34. Between these gorgeous sets artistic director Andrew Burashko placed two pieces that provided a profound, engaging contrast. The melodic unified style of Mikhail Glinka’s (the father of Russian classical music) Grand Sextet in E Flat Minor - described by Burashko as “the greatest cheese ever made” - was followed by a musical form that has been termed polystylism, and represented by Burashko through the use of Alfred Schnittke’s 1970 Piano Quintet. Burashko considers the quintet to be “possibly the most haunting thing ever written.”

ALFRED SCHNITTKE’S PIANO QUINTET
Due to the complex mixture of a variety of genres, the polyist composition produces an amazingly jarring, infrequently soothing effect as many styles merge, collide, and fleetingly break into very brief melodic strains. Through allusions to Tchaikovsky and  Shostakovich, the Schnittke selection, written in memory of the composer’s mother, has been considered the most Russian among his mature works. This is due in part to the citational element in the piece regarding Schnittke’s admiration for Shostakovich.

OVERTURE ON HEBREW THEMES OP. 34
BY SERGIE PROKOFIEV
In the final offering of the evening the presence of evocative film backdrops by Tess Girard presented a black and white montage-like segment representing Jewish life on the lower East side in 1918, furthering the eclectic quality of Art of Times mandate, and providing a brilliant example of the ways in which silent narrative action can appear to eagerly follow musical rhythms in a slyly syncopated, at times jarring way. In his 1854 essay Eduard Hanslick argues that instrumental music has no meaning beyond the notes themselves. The inclusion of film segments added an open form of narrative meaning to the overall evening, giving spectators yet another example of Art of Time’s crowd pleasing, complex way of bringing theatre to music, and music to theatre in a powerful, entertaining, and evocative manner.

For Russia in Exile, Burashko, on piano, performed alongside Benjamin Bowman and Barry Shiffman on violin, Steven Dann on viola, Thomas Wiebe on cello, Joseph Phillips on double bass and James Campbell on clarinet.